“Ask not what your money will do for you. Ask what you can do for your money.”
– Anonymous

We all want our money to grow and grow and be there for us when we ask for it, serve as our nest egg during retirement, eventually go to our kids, grandkids, charitable accounts when we leave this earth.  But if we don’t take the necessary steps now, our money will not do this for us.

This is what you can do for your money.

Why should your cell phone company get paid before you do?   You make it a point to pay them consistently, every month, without hesitation and then live off what’s left over, why don’t you do the same for yourself?

When your check comes in (or in this day is direct deposited), immediately take a predetermined amount each month and invest into your future: investments, retirement, kid’s college education, paying off debt.  It doesn’t have to be a lot initially, but as your income ramps up, this portion you set aside should ramp up as well.

Trust me, after paying yourself first, you’ll have plenty left over to handle the rest of your expenses, including that cell phone bill.

OK, maybe this one isn’t for the students and residents, but once you’re making an attending salary, you’ll realize that taxes take out an incredible portion of your take-home pay.  How do you minimize the amount the government wants? Maximize the amount you get to keep before they come looking for taxes.

Depending on your current work situation, there are probably a few different retirement plan options for your choosing.  Choose one, max it out, then consider opening another.  Remember the 20-year-old that started investing early?  Do that with your retirement, with maximum contributions, and you’ll be a millionaire in no time … because of compound interest and stuff.

Get out of debt

If you have any credit card debt, pay that off immediately!  Hold off on investments; the ~8% you’ll earn yearly is no comparison to the ~20% that you’ll lose yearly, so that needs to go away.  I’m not advising against credit cards; I love credit cards for their rewards perks as long as you can pay off the balance every month.

Now, assuming no credit debt, you should still make it a point to pay off your other debts-student loans, mortgage, car.  Start with your higher interest loans (if you have student loans more than 5%, you should refinance those now).

Sure, it’s cool to own stock in Apple, Amazon, Google. If you are one of the lucky ones to get in back when these companies were young, nicely done!  But it’s easy to look back and know which stocks have done well and which stocks tanked.  It’s not so easy to predict the future, so your protection is in diversification.  Here, there is no need to pick winners or losers, a diversified portfolio will have some of each, but more likely than not, you’ll have more winners than losers.

Just ask Warren Buffett, one of the best pickers of stock what he thinks about which you should own. He doesn’t suggest Kraft-Heinz, Wells Fargo or Coca-Cola which are amongst his top holdings.  He recommends a low-priced S&P 500 index fund so you can have a piece of some of the most prestigious companies out there.

You can do the same math with eliminating the expense of having a financial adviser manage your account(I’m not recommending against this, some need/want it, just know it’s an expense you may not need).  If you saved money here, either a percentage or flat fee, and reinvested that difference back into the market, you’ll be in good shape ten years down the road.

Be prepared to ride the bear

A bear market is coming, it’s inevitable.  Your behavior when this happens will have powerful effects on your wealth down the road.  When the bear does come, and it will, you’ll be faced with three options:

1. Run. Pull everything out of the market and put your money under your bed.  You’re guaranteed to lose with this strategy. By the time you’ve pulled out, you’ve already lost a substantial portion of your portfolio and will also not be invested when the market comes back.  The pull out method doesn’t work (in finances or life in general, but I digress).

2. Hide. Convert to bonds; they’re less likely to lose money during the bear plus will give you some regular dividends as you wait for the bear to go away.  You still have the same problem though, you’ve likely lost money already and will also not be in the right place for bull.

3. Ride. The stock market is having a sale! As long as you’re willing to ride the bear, and it may be a very wild ride (in finances or life in general, but I digress again),  you’ll have the opportunity to purchase stock at very low prices.  What about the stocks that you just lost money on?  They’ll go back up with time, and when they get back to pre-bear territory, now you’ll own more stocks, as long as you didn’t jump off the bear.

Some people use the analogy that every dollar you have in the stock market is an employee, that is working around the clock with the sole purpose of making you more money.   By taking the necessary steps, especially early on, you have the ability to create an empire of “employees” that will do wonders for you.  Chances are you’re not there quite yet, so you probably still have some work to do.

I usually don’t start with a quote, so I’ll finish with another one to perhaps cancel out the first.  This one’s from another smart fellow:

“There are risks and costs to action. But they are far less than the long-range risks of comfortable inaction.”
– JFK

The surprising way email can make you a better doctor 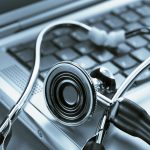 Is MRI contrast a dangerous threat? 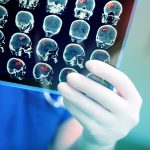 Physicians: What will you do for your finances?
3 comments