There is a strange and peculiar place in American society. Some say that when one enters this place, there are many odd-looking people walking about wearing white coats and wearing funny looking shoes. This place has a name. It is called Medical Zombie Land.

Entering into Medical Zombie Land for the first time, it is hard not to feel that one has been enveloped in a mysterious dimension of irrationality. Home to the mindless, the soulless, the amoral and the deranged, Zombie Land is a great place to go to enjoy a privacy violation or two along with some very fine emetics. This is because in Zombie Land, the patient is regarded not as a human being but as a scan or as a collection of tumors that must be eradicated without mercy.

On the planet earth where I reside, things like a sound humanities education, compassion, and empathy are considered extremely important. This is not the case in Zombie Land where people evidently have other priorities.

A quick perusal of any hospital’s website in Zombie Land, and one cannot help but notice the word privacy mentioned countless times. This is most intriguing, particularly in light of the fact that privacy is exceedingly hard to come by in Zombie Land. This is evidenced by the prevalence of non-consensual physician shadowing, where misguided medical students, residents, and attending physicians degrade and debase the moral credibility of their own profession by denying the patient the right to meet with their doctor in private.

(To clarify a point of confusion in regards to my previous article: Should a patient be hospitalized a great many people will undoubtedly be involved in their care, and I have no problem with an attending physician doing rounds with medical students and residents in such a scenario. What I have a problem with is nonconsensual physician shadowing during an office visit, which is intrusive, and which constitutes an unequivocal violation of the patient’s privacy.)

Nonconsensual physician shadowing can also constitute a health risk, due to the fact that many patients will not tell their doctor everything that is on their mind when unwanted interlopers are observing the session. Why should anyone — especially a physician — care about such things like privacy, confidentiality, trust, and consent?

One might assume that such an innocent request as desiring to meet with one’s physician in private would be respectfully granted, but such things don’t happen in Zombie Land. From time to time a patient will complain about this for some strange and inexplicable reason.

What is gained by forcing a patient to work with a sarcoma specialist, lung cancer specialist or brain cancer specialist that they feel uncomfortable working with? Should the relationship become acrimonious, it will result in the patient being transformed into their oncologist’s personal punching bag. Evidently, this is deemed very advantageous to certain people in Zombie Land.

Not allowing a patient to change from one specialist to another within a particular department, also has the desired effect of making patients obsequious and afraid to complain about things that they really have a right to complain about — such as nonconsensual physician shadowing.

Another great thing about not being able to change one’s doctor in Zombie Land is when you ask your oncologist about a rather unpleasant side-effect stemming from chemotherapy, and he sneeringly replies, “If it weren’t for chemotherapy you’d be dead right now.” And after such endearing remarks as this, one gets to stay chained to the den of this knavish barbarian, with only the godlike Ivy League geniuses of Zombie Land to thank for this blissful and dreamlike existence.

And while sojourning with the self-proclaimed “Best In The World” (a kind of dream within a dream in Zombie Land), it is also common for a patient to wait for hours on end so as to meet with their esteemed oncologist for a mere two or three minutes. Simply spending another three to five minutes with a patient to address their concerns and answer their questions can go a long way, yet it is rare that oncologists in Zombie Land make this effort to be a little more understanding and compassionate.

This is because minutes are very important in Zombie Land. One simply can’t overstate the importance of minutes there at all. Just think of all the many things an oncologist could be doing that are infinitely more important than talking with an anxious cancer patient. They could be hanging out with a pretty nurse, posting nonsense on Twitter, getting on Facebook or even eating Doritos.

Equally popular is the policy of not disclosing common long-term chemotherapy side effects. On earth, this is sometimes referred to as being disingenuous. However, in Zombie Land this is regarded as something we should all aspire to and embrace. This is because the patient is actually a kind of primate, and doesn’t need to be concerned with such trivialities as whether their body will actually be functioning properly after the geniuses of Zombie Land have magically created The Good Scan.

The potential for chemo brain, where a patient experiences a deterioration of their mental acuity and cognitive function, is not uncommon amongst chemotherapy survivors. For some, this problem dissipates after a few weeks or months, but for others chemo brain can linger for years, disrupting careers and destroying people’s lives.

Kind of like the monkey in the laboratory, they’ll learn about it later. And an ounce of prevention is worth a pound of cure. Or something.

Welcome to Medical Zombie Land, where amorality rules the roost, and the automaton has been crowned king.

What does it mean to be an accredited investor? 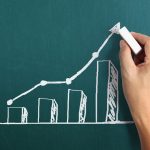 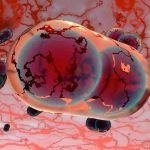 Are we living in a medical Zombie Land?
33 comments