There’s currently an image in heavy circulation making its way around the internet of a hospital patient’s chest tattooed with the words “Do **not** resuscitate,” accompanied by what is assumed to be the man’s signature. This 70-year-old patient arrived at an emergency department unconscious with elevated blood alcohol levels. He did not have any form of identification on him, and his health care providers did not have an identifiable means by which they could contact the patient’s family.

The health care team was unable to reverse the man’s unconscious state and were left wondering whether or not it was appropriate to continue care, or should they honor the patient’s tattoo. A DNR order is a medical order written and signed by a doctor and the patient that instructs care providers to not do cardiopulmonary resuscitation (CPR) if a patient’s heart stops or they stop breathing.

This patient’s case, including the picture of the tattoo, was recently published in the New England Journal of Medicine.

The doctors and nurses taking care of this patient initially continued treating the patient so as to “not choose an irreversible path when faced with uncertainty,” so they began resuscitating the patient. However, an official DNR order, which requires informed consent of the patient and acknowledging signatures by both the patient and their doctor, was eventually found. With this additional evidence, it was decided that the patient’s wishes ought to be honored. Care was withdrawn, and the patient passed away.

Reading this paper for the first time was perplexing in many ways from my perspective. Imagine inserting yourself into the shoes of that patient’s doctor and how you might react. Take away the official document, which supported the message of the tattoo and patient’s signature.

What if there was no DNR order officially signed by the physician and the patient? What if you were this unconscious patient’s physician and had no other data or information off of which you could make your decision? A critical question that comes to mind is whether or not that tattoo currently reflected the wishes of the patient. It’s tough.

Honestly, I don’t believe there is a truly right or a wrong answer, which is a scary reality because the ramifications here are life versus death. Since the time of this article’s publication on November 30, many health professionals have taken to social media to voice their opinions on the matters surrounding how this case should have been approached. Seemingly everybody has taken a different stance on the matter. To me, this is not surprising because an issue like this requires much moral and ethical consideration.

In the ethics course at my medical school, the most interesting aspect of the course were our group discussions. The groups consisted of a small number of medical students, a physician, a hospital chaplain, a member of the hospital ethics team, and a lawyer. We would discuss different challenging cases, requiring us to defend how we would plan to manage the care of a patient and their specific ethical issue. Should you transfuse with blood products? Should you operate? Should you intubate? Should you withdraw care? When push came to shove in many instances, these overarching questions, with implications of life and death, were the questions we had to ultimately ask ourselves. The answers are often not clear-cut. They are challenging. These sorts of questions inherently require us to draw upon our own experiences, moral compasses, and value systems in order to make an ultimate, often life-altering, decision on behalf of another human being.

Another key takeaway I had after finishing my medical ethics course was how important it is to keep a few ethical principles in mind when considering these sorts of dilemmas. Autonomy, beneficence, justice, and nonmaleficence.

Autonomy is a respect for the patient’s wishes, but it’s not quite that simple. While the patient ultimately makes decisions regarding their medical care, physicians must first create an environment wherein the patient can make an informed decision. The concept of beneficence centers around the idea of maintaining the welfare of the patient at the forefront of the physician’s intents and actions. The principle of justice is the obligation of the physician to do what is fair and just for the patient. Lastly, nonmaleficence centers around that common catchphrase amongst physicians for them to do no harm.

All this is to say that when it comes to making some of the toughest decisions related to medicine, the answer is almost never obvious. There is often no gold standard of practice or meta-analyses of data on which we can base our decision. It just goes to show the humanity of health care providers, and we must have confidence not only in our medical training but also our moral compass in order to do what is right for the patient. 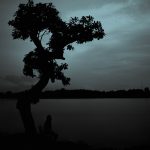 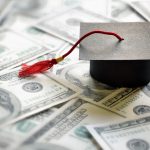