Yet another round of attempted health care reform has come and gone, and once again, failed. And so, the traditional open enrollment season for health insurance is upon us, and as usual, many Americans are facing outlandish increases in premiums, skyrocketing deductible amounts, and shrinking coverage. Americans are increasingly enslaved and endangered by the rising costs and the growing dysfunction. Fixing things is, to put things in the proper perspective, a matter of life and death.

But for some reason, a fix continually eludes us. Our leaders tell us that it is all so complicated, but if we really wanted to fix the American health care system, it would be simple.

We would create an organizational chart with patients at the top, and design the system to support their needs. The patient is the obvious and appropriate focus of the health care system. Second on the chart would be physicians. Physicians go through an incredibly long, extraordinarily rigorous training process which makes them uniquely able to understand and help patients. There are other incredibly important members of the clinical team (my patients and I know that our nurses are absolute miracle workers), but no other health care professional has the depth and breadth of knowledge as the physician.

Government bureaucrats are at the top. They are in control and wreaking havoc. They hold the purse strings, and in exchange for payment, demand compliance with a burgeoning sea of red tape and data collection. Their rigid rules, so tied to money, become top priority. But rather than improve care, they create insurmountable barriers to it, increase costs, and divert scarce manpower away from clinical work. Despite clear evidence that their approaches are not working, they plod on. They hold the system hostage.

The others at the top are the biggest money-makers: the insurance companies, pharmaceutical companies, and large health systems. They have the deepest pockets, and therefore wield the most clout. Patients and physicians exist to generate profits. Health care is a commodity viewed only in terms of its ability to make the most money possible. Any efforts to fix the system, to place patients over profiteering, are fought off by each industry’s powerful lobby.

With the bureaucrats and profiteers in firm control, successful health care reform — access to affordable care for all patients, lower costs, and improved quality of care — is an insurmountable challenge. Such things are just too far down on the system’s priorities.

And Americans die as a direct result. And their financial futures are decimated. And Americans cling to jobs that pay their insurance rather than fulfill their dreams. And doctors flee health care.

The question isn’t how to fix things, but how can we change things? How can we wrest control from the bureaucrats and profiteers who so firmly hold us in their death grip?

New physician groups are beginning to come together to work on this question. There is growing recognition that practicing physicians, those who see patients and experience the failing system most directly, need to get more active and engaged in health care reform. Activism is a challenge for practicing physicians because they are so busy with patient care. But things have gotten so bad that many doctors are waking up to the idea that they must find the time and get involved.

I had the privilege of attending a conference recently where a number of these groups came together to discuss the issues. The meeting was organized under the auspices of the National Physicians Council for Healthcare Policy, and included members of Practicing Physicians of America, Physicians Working Together, Physicians for Patient Protection, the Association of Independent Doctors, and the Association of American Physicians and Surgeons.

There was no shortage of great ideas to reform the system, mostly focused on lowering unnecessary health care expenditures, reducing regulatory burdens, and fighting the abuses by insurance companies, pharmaceutical companies, and the largest health systems.

But there was also the recognition that what is really needed is a reliable mechanism whereby physicians can effect change. Great ideas are of limited value if there is no way to make them reality. Patients and physicians have too little power in the current system to right what is clearly wrong.

Government bureaucrats have regulations to impose their will. The biggest health care money-makers have extraordinarily effective lobbies. But patients and physicians do not have such a mechanism. It is clearly what we need.

The idea of physician unionization came up. The problem is that the traditional weapon of a union, the strike, is a difficult proposition for physicians who would justifiably be hesitant to abandon their patients.

A more intriguing idea came from a presentation by one Daniel Durrie, MD, a Kansas ophthalmologist, who suggests that practicing physicians form a political action committee (PAC) to represent their unique interests, and those of their patients. A well-funded PAC could get practicing physicians a real seat at the table, giving them more of a fighting chance to bring some sensibility back to the health care system.

And funding a PAC might be relatively easy. There are hundreds of thousands of practicing physicians in the U.S., and most of them pay a substantial amount of money every year to their professional associations, such as the AMA and specialty-specific organizations. But there is growing recognition amongst physicians that they receive little for that money. Giving that money instead to this type of PAC might be money better spent.

A health care system that was organized around the needs of patients and their health care teams would be far different from the horribly dysfunctional one we have today. But only if patients and physicians can find a way to make change happen will we ever see such a system. 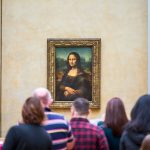 Doctors ignore politics? Not so fast. 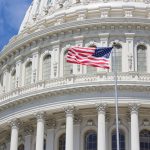