You did it! You worked, you saved, you conquered.

Your investments add up to 25 times your expenses, or 30 times, or whatever your magic number is. You have achieved financial independence (FI), however you have chosen to define it.

Is that a bear coming out of hibernation?

I won’t pretend to know when it’s coming, but I promise you I haven’t seen my last bear market. It could start next month, next year, or perhaps in the next decade. If you are convinced a bear market is imminent, you may want to read this piece by Larry Swedroe for some perspective on current stock market valuations.

I’m not in the market forecasting game; I’ll leave that to the pundits who claim to know more about the future. What I would like to talk about, however, is what happens to your coveted FI status if the market drops after you’ve attained it.

Let’s start with yes. If you define financial independence, as many of us do, by a strict multiple of your annual spending, a decrease in the value of your holdings can bring your sum total under 25x or whatever magic number you prefer.

A 20% drop in your portfolio turns 25x into 20x. A 30% drop will take your 30x and leave you with 21x. Not many people would define having 20 or 21 years’ worth of spending as a position of financial independence.

Looking solely at your assets as compare to anticipated retirement spending, it seems one could easily lose FI (and gain it and lose it again) based on simple volatility. In fact, it would be unusual for someone who has reached their number not see that particular net worth come and go several times.

So should you start polishing your resume and cancel your plans to travel the world? Not necessarily.

Let’s look at no.

If you approach FI intelligently, your Number is a multiple of your annual expenses in a year of living your ideal life. If you want to truly make work optional, you should base your goal, not on a barebones lifestyle, but the amount you’d like to spend in a “normal” year.

When you do so, you have some “fluff” built into the budget. You’ve got the ability to spend less. That’s right; you can still travel the world. But you may spend a little more time in Thailand and a bit less in Iceland while you wait for the markets to recover.

If you can decrease your annual spending by an amount equal to the drop in your portfolio, you will still be able to say you’ve got your 25x or 30x. And as the market rebounds, as it always has in the United States, you can ramp spending up right along with it.

Is your budget fixed without the ability to cut back one iota? I would argue you might have set your FI bar a bit low if that’s the case, but I’ve got good news for you, too.

Michael Kitces, who is far more thorough than me, tells us that the average withdrawal rate in prior 30-year periods is 6.5%, and even a 4.5% initial withdrawal rate (then adjusted upwards with inflation) over 30 years will leave you with more than you started with 96% of the time.

What about more recent retirees? Those who haven’t seen a 30-year timeframe yet? As you may have noticed, there have been some nasty downturns in the last 20 years.

Early Retirement Now explores the situation for the year 2000 retiree. A 4% withdrawal rate could have worked OK if, a) you’re OK with a 30-year timeframe; b) are OK with an ending value of 0; and, c) are willing to have / anticipating lower expenses later in that 30-year retirement. However, a withdrawal rate closer to 3% will have served the poorly timed (in hindsight) retiree from 2000 better than a 4% withdrawal rate.

Reducing spending might make you feel good by maintaining your 25x or 30x ratio of assets to annual spending, but a truly safe withdrawal rate already factors in a poor sequence of returns early on. Cutting back on spending will increase the likelihood of your money growing over the years, but maintaining your anticipated spending is unlikely to ruin you, particularly over a 30-year time span.

Clearly, seeing equities drop by 40% to 50% twice in the first decade of retirement is far from ideal, but even that terrible sequence of returns can be overcome with a low enough withdrawal rate and / or a little flexibility.

The possibility of a similar scenario to the 2000s playing out again might seem unlikely, but it’s one reason I’m aiming for financial freedom, and not comfortable settling for FI at a 4% withdrawal rate as an early retiree. Overshooting the FI target will allow us to reduce spending easily if needed, and allow us to live a little larger if a nearly-worst-case scenario doesn’t play out.

Fortunately, working one more year can make a substantial impact when you earn a salary in the multiple six-figures.

If we are fixated on a finite number to establish ourselves as financially independent, then clearly, a market downturn can take that number away.

However, a more nuanced look at what it means to be FI, and how a very safe withdrawal rate (VSWR?) of perhaps less than 3.5% (based on ERN’s SWR series) can be expected to carry you through some very tough times without dangerously depleting your portfolio. When FI is considered with this understanding, and your number allows for a spending reduction in tough times, I think FI can be thought of as permanent once obtained. 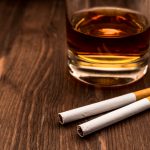 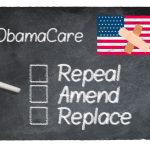 Can a bear market take away your financial independence?
16 comments