“How did you know what to say to her?” asked the resident, “We have been trying to figure her out all morning and have gotten nowhere.” An expression of mixed curiosity and frustration crossed her face.

“I try not to focus on how she is acting, as much as I try to talk to the part of her Jesus would love,” I found myself answering. This catchphrase would find its way into conversation regularly during the years of teaching; it captured a concept I had struggled to teach prior to that moment of insight. The concept of connection, it is one of the most difficult things for doctors in training to understand. Years of training make this more difficult, training that does not focus on the human connection, instead focusing upon the biological working of humans.

Medicine teaches us to take a history, perform a physical examination and develop a differential diagnosis. Throughout this process, we are working hard to understand the data being presented by the patient before us. We are constantly sorting through that data, the differential diagnosis shifting and sorting as the data flows into little boxes inside of us tilting this way and that. Sorting, sorting, computing, sifting, shifting along as the diagnostic options narrow further and further until a few remain. This is taught relentlessly, and with each iteration, it becomes the way we view our world — a collection of data to be sorted, organized and distilled into a diagnostic pattern that is recognizable. Within this process, the humanity of the doctor gets a bit lost, and the humanity of the patient somehow is not considered. It can be seen in taking the history, the first question from the doctor interrupting the patient a mere 18 seconds into their story. Somehow it seems that the needs of the doctor outweigh the needs of the patient. Unfortunately, this process establishes a division in the room, a division in the relationship, preventing the connection that is at the heart of healing. I did not know this initially. Like many doctors before me, I interrupted before they had told me their story, but somehow, I changed, and that has made all the difference.

Practicing at Dugway Proving Ground as a young physician, I was not fully trained. And yet, here I was caring for patients who came to this Army Clinic. At the time, I did not want anyone operating under the presumption that I had the answers because I was sure that I did not.

Often during this time, I would pull a book off the shelf, and together we would work through the history of their illness, checking symptoms against the lists from the Merck Manual. In this way, I began enlisting their help in getting the story. I began listening longer to the story that they told. I learned I would hear important nuggets of information that helped me sort things out. A side effect of this collaborative work lay in the feelings that I developed for these folks. We were a team working together to figure things out. The division so common to the doctor-patient relationship was disassembled in our work. When, after four years, I left Dugway, it broke my heart to say goodbye to these patients that I had cared for, it felt like I was leaving a piece of myself in that desert post.

Returning to train in family medicine, I was introduced to the article cited above, and it confirmed what I had learned on my own, that people who came to see me wanted to tell their story, they wanted me to understand their story. As I worked on honing my craft, I began to discover some other things that seemed to make a difference as well.

Through lectures and podcasts (I was listening to WZEN and Zenwest) I was delving into the world of Zen Buddhism, and in that world, I was beginning to see how everything was interconnected. I heard about Indra’s net and how each of us is interconnected to the other. I watched and rewatched, and then watched again, “What the Bleep!?: Down the Rabbit Hole” taking notice of how science was showing that our connections seemed to influence outcomes. Something in me began to shift. I began looking for the part of each person worthy of love. It had a profound effect on interactions, one that I had not anticipated, and it was far greater than I ever would have expected.

As I noticed that thing in each person worthy of love, I found myself talking to that aspect of each person. I found myself talking to that aspect of each patient, each student, each resident, each nurse and each doctor. I was not perfect, but I was consistent. And one day, this young resident in her final year of training asked me how it was that I could sit down and have such a meaningful conversation with such a difficult patient, and the answer came to me without thought “I talk to the part of her Jesus would love.” And at that moment, I could see the light in her eyes as this concept sank in.

In my work now, I see the benefit of making this connection with each person in the office. It has become a part of my pattern now, it is what I do, and my training in Hakomi has taken this to the next level. I am now seeking to connect in meaningful ways, purposely working to contact those who are before me and seeking to deepen that contact. Reaching out, seeing people where they are and valuing them just as they are, creates the potential for magic to happen. As I speak to the deepest parts of who they are and believe in them fully, something inside begins to awaken. In time, they begin to believe as well. And at that moment, we are a team working together to make things happen. I am no longer the doctor telling them what they should do. I am a friend, a collaborator, and we are working together toward the same goals.

Physicians: Be nice to your pregnant colleagues 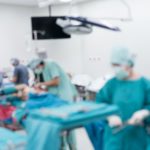 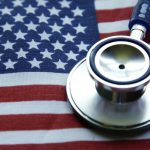