Politics are divisive. That should not be a shock to anyone. However, the political climate in the USA at the moment is more than just divisive.  Lately, I have noticed that there is an underlying disdain for those we disagree with in a way that even my grandparents say they have never seen in this country. The current political climate pervades nearly every aspect of our society, from pop culture to sports, both once safe havens from the stressors of everyday life. Now, more than ever, they are political platforms, constantly reminding us of our differences and cementing our conviction of contempt for the other side of the aisle. But how far can these issues truly pervade? Could political differences lead us as health care providers to view our patients differently? Could they create inner biases that lead to poorer patient outcomes?

As a medical student, my life is consumed by medicine. However, as a third-year medical student at George Washington University in Washington DC, my life is consumed by medicine and politics, sometimes in equal proportions. As an example, Alice Chen, the former executive director of Doctors For America and wife of former Surgeon General Vivek Murthy was my attending on my medicine rotation when I heard two back-to-back trauma calls over the intercom at the hospital one morning. Within minutes I had learned that the patients coming in were involved in a mass shooting at a congressional baseball practice in the Del Ray neighborhood of Alexandria, VA, just blocks from where I live.

Bernie Sanders had his hernia surgery done at the hospital during my second year.  Senators and congressman constantly see physicians here.  Family members of famous politicians are friends and classmates of mine. Politics is as much a part of my life as anything living in DC, which I believe has given me a unique perspective as a future health care provider. At no point was this unique perspective developed more than on January 20th, 2017 during the inauguration of Donald Trump as the 45th President of the United States.

George Washington University Hospital is situated just blocks from many of Washington DC’s most famous landmarks, including the White House. For this reason, it is tasked with providing health care staffing for many major DC events like presidential inaugurations. As a co-president of the Wilderness/Austere Medicine Interest Group at my medical school, I was asked to gather volunteers from the pool of medical students to staff the medical tents at the inauguration. I will preface this story by stating the obvious: Washington DC is a very liberal city. More than 90 percent of DC residents voted for Hillary Clinton in the November 2016 election.  And the demographics of my medical school are similar. Because of this, I had some slight worries about asking for volunteers for the presidential inauguration.

Based on polling data, I assumed Hillary Clinton would win the election, making gathering volunteers very easy for me.  However, there was a small part of me that wasn’t entirely convinced. For that reason, I thought that it would be smart to ask for volunteers before we knew the outcome of the election. That way, if Donald Trump were to win, I would already have committed volunteers.

The day before the election, I posted on my class’s Facebook page asking for medical student volunteers to work the inauguration. As expected, there was significant interest, especially from my more left-leaning classmates, who saw this as an opportunity to be a part of history by witnessing the swearing in of the first female president of the United States. A lot of people had a lot of different emotions on election day, but one I couldn’t get out of my head was guilt.  I had asked for volunteers from a pool of people who I knew were very partial to one candidate and now those people had committed to working an event where a candidate on the near-opposite end of the ideological spectrum would be inaugurated as president. I awaited the barrage of emails from volunteers telling me they would rather not participate any longer. I watched my email closely for days and eventually weeks, never once receiving the emails I was expecting.  Regardless of how my classmates felt about the election, they were not going to let those feelings prevent them being there for others in a health care capacity. The whole experience left me feeling grateful, impressed, slightly embarrassed, but quite optimistic.

So we return to the question, can the divisive political climate in this country truly hurt our ability to treat our patients without bias? Unfortunately, I think it can. We are all subject to having biases towards people, and it is very difficult to prevent them. However, I think that we, as health care workers, are in the best position to lead as examples and show others that regardless of how we feel about each other’s beliefs, we will always do everything we can do help each other in times of true need.

Shane Sobrio is a medical student.

Attending physicians should not pass down their impressions of trainees 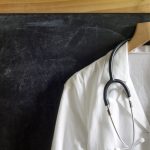 Physicians must embrace the business side of medicine 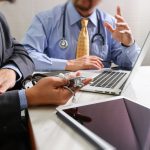