Interview season is upon us, and with the excitement of those dings from ERAS comes twenty tons of added stresses. Being in the new age of lightning speed communication via phones, tablets, laptops, etc., we no longer have use for invitations via snail mail. For obvious reasons, this makes for a much more effective process. However, giving thousands of high-strung Type A applicants the ability to respond to an invite within literal seconds is like throwing diamonds into a crowd of people and politely asking them not to break each other’s necks to get one. Instances of students assisting in a procedure only to return to their phone and find that not only were they invited to their top program but only one open date remains are far too numerous. Several students have described feeling chained to their phones, hearing phantom dings and obsessively reloading their emails. After three years of missed birthday parties, unattended weddings, dateless Saturdays and late library nights, we have all waited for this long-revered interview season to be upon us. With the irony being that this time has its own unique detriment to our mental health. With several students having their own personal stories of missing interview dates, I recount my own:

It was after 5 p.m.; my phone had been silent for hours. I wasn’t particularly concerned, and for once in this process, I felt quite relaxed. It was a grueling day in the ICU, and I decided to get some ice cream on my way home. I walked in licking the bits of ice cream dripping down the side — a nice end to a long day. I leisurely opened my laptop, excited to peruse some TV shows and there it was — the little red mark on my email application- probably just some spam. I opened it anyway to be sure, and —behold — it was an invite from my top choice program. My hands were shaking. I could feel the sweat building in my palms — not from excitement but from genuine fear. What dates are left? Will I get one? The email had been sent two hours ago.

Somehow, the push technology I arranged on my phone malfunctioned, and I missed it. I opened the interview broker link only to find my fears realized: no dates are available. Not one.

I wish my story was an exception to an otherwise well-thought-out system but unfortunately, I am just one of many. As I continued on the interview trail, I met several students with similar stories to my own. Namely, “I didn’t get a date because I took a long shower.”

In attempts to remedy this issue, some programs have devised their own scheduling system. Mount Sinai, for instance, will send each student only three dates to choose from. Every student will get a different combination of three dates. As of yet, this seems to be the best system. Perhaps, we would be better off not having the power to schedule any dates at all. A system on ERAS could automatically schedule us based on geography and vacation days once we’ve accepted all interviews. I am not sure what the best system would be, but the race to the computer to see who clicks a link fast enough should not be involved in our futures.

Julia Blanter is a medical student. 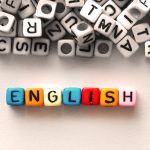 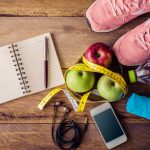 There’s a problem with ERAS
2 comments