The patient is a 27-year-old Caucasian woman: slender, well-groomed. She is sitting in the office of her urologist, and she is unconsciously twisting her hands as she interrupts the doctor, having finally worked up the nerve.

“I know you told me to expect some pain for a while after the lithotripsy. But I’ve been having pain in my bladder, even when I don’t think there are any stones. It started two years ago, before the stones. It feels like pressure, and it really stings when I urinate. It especially hurts when I’ve taken naproxen or loratadine, or if I have caffeine, or if I get dehydrated at all. The only thing that seems to help is drinking a lot of water, and then the pain goes away after I urinate again. What do you think is happening?”

The patient, from her description of her symptoms, appears to have interstitial cystitis, one of the dreaded “functional” disorders. Since she is talking with her urologist, who performed a shockwave lithotripsy on a pear-shaped 8-mm calcium oxalate kidney stone some six months ago. She does not mention any other diagnoses. Her past medical history is significant for migraine headaches, depression and anxiety.

She is not medically literate enough to know that interstitial cystitis is a functional disorder, or what a functional disorder is. She is a good historian. She remembers very clearly the first time she had symptoms, since it was a totally new type of pain for her and excruciating, to the point where she went to an urgent care clinic and had testing done for a urinary tract infection that came back negative.

The urologist listens, with a vaguely discomfited expression on his face. He explains to her that she likely has interstitial cystitis, the exact mechanism is not known, and the best solution for her, for the time being, is to avoid the things she has listed that set it off and continue staying very well-hydrated — which is important for the prevention of any more kidney stones. This is good advice. She follows it as best she can.

During the preclinical years, she learns that functional disorders can be summed up differently, depending on who’s doing the teaching. Some professors say, “We don’t really understand what causes them.” Some professors, particularly during unguarded moments, say, “It seems like it’s all in their heads.”

This is an absurd suggestion to her. She is a sensible, accomplished, competent person. After all, she performed well in research jobs before starting medical school, and continues to perform reasonably well in medical school, although it is very challenging. She knows perfectly well what her bladder should feel like and was very disconcerted when it didn’t anymore. The idea — repeated many times over the following years of preclinical and then clinical education —that she imagined the pain in her bladder or willed it into being is ludicrous. She wasn’t fixated on her bladder. She had never given it much thought until it abruptly rebelled. She may have a history of depression, but so do a quarter of medical students, according to the Surgeon General’s own research. Depression and anxiety don’t make it hurt to pee!

But the more physicians she hears discount patients with functional disorders, the more reluctant she becomes to ever disclose her own to them, for fear of being labeled hysterical, histrionic, crazy or difficult.

The patient, of course, is me. I am in the uncomfortable position of being simultaneously someone who sees difficult patients, and someone who is a difficult patient. I am matching into family medicine. I am from — and plan to return to — a rural area. I have tailored my training so I can work well with patients with psychiatric disorders, patients who are addicted to drugs, patients with memory impairments or developmental delays. Across the feedback I receive from my attending physicians, over and over again, there is some variation on the theme: Good with difficult patients.

At times, it feels like being undercover. My colleagues, who speak highly of my interview skills with patients, would likely be uncomfortable with seeing me on their clinic schedule for the day. Not only interstitial cystitis but a migraineur? With depression and anxiety? Great. She’s going to be a real pain. Bet she wants opioids, or benzos, or to talk your ear off for an hour.

If this is my experience as a highly educated, medically literate, member of the medical establishment, with no daily medications and no history of suspect prescriptions or substance abuse, what do my patients with their complicated histories and lives go through? How many physicians are less subtle than they think about rolling their eyes or sighing or suggesting that patients are exaggerating their symptoms to get drugs?

How much damage is done to therapeutic relationships by physician frustration with conditions we don’t understand and can’t effectively treat?

I feel like Dr. Jekyll — calm, pleasant, good at turning rambling histories into concise presentations — and Ms. Hyde: the patient on the clinic schedule whose problems are upsetting to everyone, patient, and physician alike.

A little humility goes a long way. When I think back to my urologist, I appreciate his frankness in acknowledging that he didn’t have the answers. And I appreciate his validation of my common sense: it if seems like it’s helping, keep doing it; if it doesn’t, try not doing it. Sometimes, sympathy is what we have to offer, and it’s important to remember that honesty can be a powerful tool for building the therapeutic relationship.

Omniscience (and the illusion thereof) is overrated. 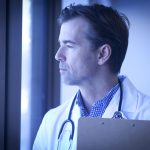 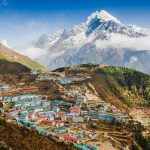