The Office of the Surgeon General existed since 1871 when Dr. John Woodworth was appointed the first supervising surgeon of the national hospital system. In the previous year, the Marine Hospital was reorganized into the national hospital system. On January 4, 1889, Congress formally recognized the new personnel system as the Commissioned Corps. The Corps was established along military lines and initially consisted of only physicians. They were mobilized wherever their services were needed.

Initially, Dr. John Woodworth was tasked with repairing the Marine Hospital Service, which was in a state of disrepair and greatly over-crowded. He was able to quickly lift the hospital from this decrepit condition and, with others, formed the U.S. Department of Health and Human Services. The office also took part in addressing social conditions that impacted health, especially before World War I. President William Taft appointed Rupert Blue to the office who concerned himself with the fact that workers did not earn enough to eat healthily. As the war intensified, he turned his focus to care for wounded veterans and then the Spanish flu when it hit. Another surgeon general, Hugh S. Cummings, concerned himself with the dangers of cigarette smoking and leaded gasoline.

Perhaps one of the best known surgeon generals was C. Everett Koop. He served two terms under Ronald Reagan and during the onslaught of the AIDs epidemic. Because his superiors feared AIDs would turn into the biggest public health catastrophe of the 20th century, he was forced to work in silence. It was not until 1986 that he was allowed to issue a surgeon general’s statement on AIDS and in 1988, a congressional-mandated educational brochure on the disease was mailed to every house in the U.S. Koop stated, “If ever there was a disease made for a surgeon general, it was AIDS.”

The role of the Office of the Surgeon General evolved greatly over time. It is an office appointed by the president of the U.S., and the appointee serves a four-year term. Currently, it is an office in the Office of the Assistant Secretary for Health in the U.S. Department of Health and Human Services. The expectation of the surgeon general is that he/she will provide the best evidence-based information currently available on improving health and to reducing the risk of illness and injury. The surgeon general is always a doctor and is also tasked with being the spokesperson for the U.S. government on all health-related issues. Additionally, he/she advises the president and the secretary of health and human services on all public health manners. Finally, the surgeon general serves on several boards and weighs in on health policy and national initiatives.

What should the new surgeon general’s top priorities be?

In the first week of August 2017, Dr. Jerome Adams was confirmed as surgeon general as nominated by President Donald Trump. By training, Dr. Adams is an anesthesiologist who also served as the Indiana state health commissioner. He pledged to tackle the U.S.’s opioid epidemic stating, “The addictive properties of prescription opioids is a scourge in America, and it must be stopped.”

As “the doctor of the U.S.,” as the office has been called for decades, physicians have strong opinions about what issues the surgeon general should tackle. In a recent poll conducted by PlatformQ Health, a leading provider of live online CME, approximately 45 percent of health care providers felt that the surgeon general’s top priority should be resourcing addiction recovery and mental health.

In the U.S. currently, more than 6 out of 10 drug overdose deaths involve an opioid. In fact, 91 Americans die every single day as a result of opioids (including both prescription medication and heroin). The CDC concluded that the increased number of opioid-related deaths over the past 15 years is driven by prescriptions for opioid medications. In a New York Times data analysis, drug overdose deaths rose 19 percent from 2015 through 2016. Preliminary analysis shows that rate is expected to jump even higher in 2017.

Previous Surgeon General Dr. Vivek Murthy issued a landmark study addressing drug and alcohol addiction, the first time in U.S. history. In his 400-page report, he concluded that 20.8 million Americans suffer a substance use disorder. However, only 10 percent of these people receive any treatment.

“Substance use disorders represent one of the most pressing public health crises of our time,” the report (by Murthy) says. “For far too long, too many in our country have viewed addiction as a moral failing. This unfortunate stigma has created an added burden of shame that has made people with substance use disorders less likely to come forward and seek help.”

Approximately 20 percent of respondents in the PQ Health poll feel the top priority should be fighting fake medical news and providing evidence-based patient information. Presently, more patients are looking to the internet and social media to find medical information. Many of these sites are just gimmicks to sell products or push a certain agenda. There is no regulation over who gives medical information, and it does not have to prove to be evidence-based. Clearly, some standards need to be set to ensure patients are accessing the most up-to-date and accurate health information.

Approximately 18 percent of respondents felt promoting antibiotics should be a top priority of the Office of the Surgeon General. The CDC reported that every year in the U.S., approximately 2 million people become infected with a bacteria that is resistant to antibiotics. More than 23,000 people will die of these infections. Still, others die from conditions that were complicated by antibiotic-resistant infections.

“Antibiotics are now a limited resource, there are currently fewer effective antibiotics available for certain health-care-associated infections than in the previous decade, and the threat of antibiotic resistance is real.”

Approximately 17 percent of the poll respondents felt that reemphasizing vaccines should be the top priority. In our society, we have seen the effects of the anti-vaxxer propaganda and how spreading myths/fake news can result in harm when children don’t receive the vaccines they need. Our previous Surgeon General Murthy placed significant emphasis on preventing diseases and greatly encouraged people to receive vaccines. In fact, he met with “Sesame Street” icon Elmo in March 2015 and filmed a public safety announcement on the safety and efficacy of vaccines. He stated the internet was a tool that, while good at amplifying good information, also amplifies unsound information as well, making it particularly challenging. Of course, this issue is directly in line with championing evidence-based patient education and fighting fake medical news.

The U.S., as well as the rest of the world, is now facing public health concerns that we have never faced before. We now have technology that disseminates information quickly and vastly. We now have the ability to reach around the globe to help others. Contrarily, inaccurate information can be a plague to the health of others. The surgeon general is in a unique position to advise leaders and public alike about the most pressing health issues of our times. While one may have an opinion as to which is the most threatening, perhaps they are all equally important, and national strategies need to be in place to address each area over the long term. 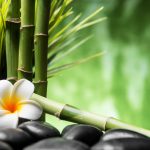 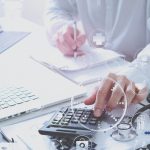