I distinctly remember the excitement I felt during my first year of medical school when exposed to the breadth of general and specialty fields that seemed all so equally rewarding and medically influential.  I envisioned myself holistically understanding my patient, seeing the problem in the context of her other medical issues, her personality, her family and her environment — an approach I considered at the heart of the oath we had taken earlier that year.

During my first two years, I continued to feel very strongly about the field of family medicine, one of the many primary care specialties.  Nevertheless, as I rotated through my third year, I realized the variety of lifestyles, levels of happiness, and most significantly, payment systems inherent in each specialty.  I realized how among the opinions of students and providers, family medicine is the lowest rung in the ladder, a specialty one goes to “burnout” and never finish paying off the astronomical debt we face years after graduation.  It is a field of incessant paperwork, overbooked schedules, 10 to 15-minute encounters and a seemingly inadequate salary after so many years of personal and academic sacrifice.

So, during the end of my third year of medical school, when the phrase “what are you going into?” dominates the beginning of every conversation, I found myself filled with self-doubt and shame in even considering family medicine, which among many seemed to be considered a “backup” plan or one for underachievers.  On the wards, I experienced firsthand, the system placing value on technical knowledge over relationships and saw this same culture percolate into the minds of my peers, significantly influencing our decision.  “Avoid primary care if you can,” my mentor told me, “it’s just not worth it.”

Considering the country will have a shortage of primary care physicians from 12,500 up to 31,100 by 2025 in the midst of the increasing demand of a growing and aging population, my experience and that of other medical students on the verge of decision-making is troublesome.  The total U.S. population is expected to grow by about 12 percent by 2030, and the number of U.S. residents aged 65 and older is expected to increase by 55 percent during this period.  A wealth of research exists illustrating how primary care is central to the preventative care that reduces complications downstream, central to high-quality care, and ultimately, reducing costs.  Studies have consistently found that in areas with a higher ratio of primary care physicians to neighborhood residents the mortality rate from cancer, stroke, and heart disease declines, in addition to infant mortality and low birth rates.  Nevertheless, a 2015 Commonwealth Fund survey of primary care physicians found that one-third of U.S. and U.K primary care physicians were dissatisfied with practicing medicine, citing time pressure/constraints, stress from bureaucratic tasks, such as recording voluminous amounts of patient data, and difficulty in coordinating overlapping chronic disease care.

All these issues are easy to see and difficult to ignore as a medical student, therefore easily influencing our decision process.  The question now is how we can strengthen and assist the faltering field of primary care in reaching its true potential of making a difference for patients and the nation?  Multiple approaches are certainly possible to address the issue, and it can be partly addressed by examining more closely the following three arenas in health care: medical education, health care delivery structure, and the role of nurse practitioners.

One approach at the medical education level, includes advocating for increased federal support for an additional 3,000 primary care residency positions annually over the next five years, a solution the Association of American Medical Colleges (AAMC) has pursued.  The AAMC strongly supports bipartisan graduate medical education (GME) legislation that has been introduced in both the House of Representatives and the Senate, titled the Resident Physician Shortage Reduction Act of 2017.  In addition, the AAMC strongly supports incentive programs such as the National Health Service Corp and the Public Service Loan Forgiveness program, two opportunities I am personally considering after graduation.  A medical school can undoubtedly expand its class size, as I have experienced first-hand, but without employment opportunities in the field of primary care and assistance with the astronomical debt after the four years of medical school, it would have little to no effect on this issue.

A second approach is to continue to support and expand the patient-centered medical home (PCMH) model of care, where the primary care physician is part of a greater multidisciplinary team, all in one location.  The physician receives one flat payment from the insurance that covers the majority of the care, a payment based on the patient’s health issues and respective complexity.  This payment system is a shift away from the historic “fee-for-service” system and instead, rewards the practice for a patient losing weight or successfully controlling blood sugar, for example.  Other changes would need accompany this model, such as using technology and other tools to track a patient’s progress and employing nursing staff to call patients and assist with monitoring.  Although the certification process to be designated a PCMH is an arduous one, this model ultimately places the patient front and center, and the latest promising studies have shown increased satisfaction among both patients and physicians.

A third approach is expanding the role of the 60,000 nurse practitioners that work in primary care in the U.S.  In twenty states, nurse practitioners have full practice authority, and the nineteen other states require nurses to coordinate with a physician for care provision.  In the 2015 Commonwealth Fund survey of primary care physicians, 66 percent of physicians stated that nurses managed the care of the chronically ill patients, such as glucose and blood pressure checks, leaving the physician with more time for high-level decision making, important follow-up appointments, and higher quality personalized care.

I believe the future holds significant promise for the field of primary care I have always felt so drawn to and dreamt working in as a young medical student.  Multiple solutions within a complicated and dynamic health care landscape have been suggested, including an increase in residency slots, restructuring health care delivery and expanding the role of nurse practitioners.  These proposals are not new, but have also not found a solid footing and require continued support and ideas.  My hope is that my generation of physicians will share my hope and view being a primary care physician as a fulfilling and rewarding career — not one to avoid but one to achieve. 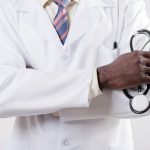 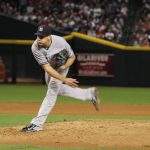 How to inspire medical students to pursue primary care
10 comments