In an article published by the Atlantic earlier this year, Ryan Park writes that neither truck drivers nor bankers work the kind of gruelingly long hours that doctors — particularly young doctors in their residency programs — do. It is no secret that residency life is demanding and exhausting. Over the last decade, it has also become controversial. Almost a test in itself, as if gauging doctors’ propensity for this field, residencies demand not only time and dedication of their young doctors, but also their unwavering attention and perfection in everything they do; a tall order for any individual who may work 24-hour shifts regularly with few breaks in between.

In an effort to combat resident fatigue, the Accreditation Council for Graduate Medical Education (ACGME) implemented a cap on resident work hours in 2003. Regulations included: capping work hours so they don’t surpass 80 hours per workweek, providing residents with 10 hours of personal time between shifts, limiting the length of shifts according to the year residents are in, as well as limiting the number of overnight calls required.

While the ACGME’s ultimate goal was to prevent the unintentional harming — or death — of patients, due to fatigue and a decrease in residents’ fine motor coordination, the battle has now turned to one of whether or not capped work hours negatively impact resident competency in the workplace. In an attempt to protect both patients and doctors by instating a more manageable work-life balance, ACGME’s implementation may have had the opposite effect instead.

As it turns out, residents — particularly first and second-year residents — have been provided with fewer clinical encounters since 2003. The drop in not only the volume of cases taken on, but also in their complexity, has put young doctors at a disadvantage in their efforts to become well-versed and wholly comfortable with the procedures done in their programs.

“These changes have altered the time-honored approach to operative teaching. Residents have fewer opportunities to develop surgical self-confidence and independence as teaching assistants,” quoted one study.

More complex procedures typically take longer to perform and eat away at the 80-hour cap, thus forcing residents to be assigned the more basic procedures. This has resulted in a 40 percent drop in the number of advanced procedures performed by younger residents, and a 44 percent increase in basic procedures. The effects of this dynamic are sure to be felt long term when first and second-year residents keep progressing in their programs, but aren’t necessarily becoming more proficient in what is required of them.

For example, one study found that while residents in obstetrics and gynecology found more satisfaction with their programs post-ACGME’s implementation, the unintended consequence was less experience. Other studies have shown that labor and delivery units performing fewer deliveries are prone to higher rates of complications, including a higher risk for urinary or gastrointestinal injuries. Similarly, NICUs that saw more than 100 very low birthweight (VLBW) neonates in one year had a 10 percent lower mortality rate when compared to the NICUs experiencing 50 to 100 VLBWs.

Most individuals are unable to imagine the kinds of hours or conditions that are endured by those in the medical profession on a daily basis. But doctors are expected to display almost superhuman-like capabilities in order to effectively and successfully do their jobs. The downside to losing focus or feeling too tired? An injured patient. Or worse, death.

One can wonder if there is a safe solution to residency programs, one where doctors won’t have to sacrifice neither experience nor a safe work schedule that protects both themselves and their patients. As it stands, however, it seems obvious that patients are still put at great risk from a lack of appropriate measures taken. 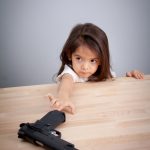 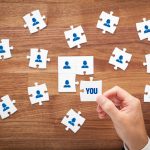 The hidden threat of the 80-hour resident workweek
3 comments