While doing my doctoral dissertation research at a clinic for kids with diabetes, I observed the attachment that some of them had to the physician faculty member who directed the clinic. I particularly remember one teenager who complained that this doctor “did not care” about her, as he sent “fake doctors” (residents) to take care of her, not coming himself. She was refusing to cooperate. When I suggested to the director that he visit her, he did so. He pulled up a chair by her bed and assured her that he did care about her and requested her cooperation with the residents, as a favor to him. She was totally cooperative from that point forward.

After I completed my doctorate in psychology, I did a two-year fellowship in mental health research. I learned that research has shown that the doctor-patient relationship is a key part, quite possibly the most important part, of health care. For example, I first learned that the strongest predictor of compliance with medication is patients’ perceptions of the relationship with their doctors. Other research also shows that overall, patients with a better relationship with their doctors have better health outcomes. In the years following, I read a lot about the doctor-patient relationship. I read books filled with compassion, often heart-wrenching, which give important insights into health care.

Decades later, it seemed that there was something missing from the picture of doctoring in these books. In the intervening years, a terrible health care crisis had developed. It seemed unlikely, however, that the importance of the doctor-patient relationship would have diminished. So, when interviewing doctors for my book, I asked about real-life experiences to investigate all of this research. A prime example was given by one of my interviewees. “With a blood transfusion, the hospitalist couldn’t get a patient to do it. His primary care MD called and got him to agree to it in a few minutes.” As another one poignantly said, “With a strong relationship your voice will be in their heads at home.” One interviewee said, “So much of primary care is not just the science. If you have a good relationship, it helps you do your job better. You can uncover things that you need to make the diagnosis.” Another interviewee said, “It’s important to the diagnosis, as the patient feels free to discuss with the doctor.” Agreement from another doctor, “It’s key. If it’s not there, the patient won’t trust you and take your advice. It’s the key to being a successful physician.”

One doctor interviewee got to the heart of the matter. “The doctor-patient relationship takes what we do out of the dimension of strictly delivering a service. Sometimes I can do an exam relatively quickly and spend the rest of the time talking about children, bereavement, interests. We have developed a relationship over the years, and we are interested in each other’s lives to the degree that they intersect and we can share that. I have learned more about how people cope with loss than almost anything else, because I have found that people were coming in coping with loss and I did not want to sit there and be awkward and change the subject, I wanted to learn to explore being of comfort and assistance. I had to learn how to speak of these things, and I had known nothing about it beforehand. I let patients sit and cry in my office and cry for as long as they need to about things that have nothing to do about their exam because that particular day they needed to come to someone’s office and cry. The exam was sort of a bonus.” Another doctor said about caring, “I can’t tell someone no. Throw me in jail, if you must, for taking care of a child whose parent cannot afford to pay. What jail do they have for doctors who care too much?”

As we struggle with the health care crisis in this country, we are forgetting, in fact, the heart of the matter: the doctor-patient relationship. We are ignoring the fact that this is damaging for patient health outcomes. It’s expensive financially too. “When you don’t have a doctor-patient relationship, you don’t have compliance, and then costs go up. They go up because patients who are not compliant have worse outcomes,” said one doctor. Another agreed, “It matters the most because a good relationship means compliance and compliance means better outcomes which costs less.” We are so concerned about, no, obsessed with, the cost of health care and here is a crucial factor that is being ignored. Is that supposed to make sense?

We all need to stop pretending that that this relationship doesn’t matter, because it does matter. As one doctor interviewee said, “It is everything. We are losing it.”

We all need to work together to get it back. Our lives depend on it.

The case of a fish hook in the eye 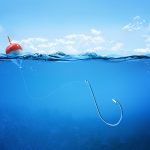 The scourge of electronic health records 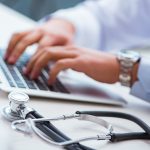 More by Peggy A. Rothbaum, PhD

The doctor-patient relationship is everything
24 comments