There are some questions in health care that can’t be answered with a randomized controlled trial. We can’t randomize babies to inhale secondary tobacco smoke or not to test its health effects. We can’t randomize people to a different number of hours sitting the ER before receiving antibiotics after the decision is made that the patient has a bacterial infection requiring antibiotics. There are some questions where the best available evidence will only come from observations of the health care system.

A recent study in JAMA asked the question, does it make any difference in the ultimate outcome how long it took for a person to have a colonoscopy after blood was found in the stool by a fecal occult blood test? You can imagine the assumptions of oncologists and understandably worried patients and their families, “He needs a colonoscopy immediately!” “Two weeks is too long to wait.” And so on.

The study crunched data from a Kaiser Permanente patient population from 2010 to 2014. As a general rule, other countries such as Britain, Denmark, The Netherlands, Australia, and Canada kick the Americans’ butts when it comes to excellent primary care research. They have much more funding for primary care research and much more respect for primary care. In contrast, there is no National Institutes of Health center for primary care research, comprehensive care, family medicine, etc. (though there are institutes for nursing, social work, aging, complementary and alternative medicine, and a few other niche areas). In the U.S., Kaiser does better work than anyone else when it comes to these large population studies. They have something like 6 million members at any one time, so they kind of have the equivalent of a small European country’s population. They have greater analytic challenges though, because patients come and go from the Kaiser insurance plan more than people move in and out of Sweden, for example.

The Kaiser researchers found 70,124 patients with positive fecal immunochemical tests (FIT) in this time frame. I won’t repeat all their numbers here. The bottom line was that there was no difference in the risk of the bad outcomes — any colon cancer, or advanced-stage disease — in any patient groups up to nine months from the positive test to the colonoscopy. At 10 to 12 months, 50 percent greater for any colon cancer and twice as great for advanced cancer, and even higher for greater than 12 months.

So there you have it, the best evidence is that a few months delay after the abnormal stool test doesn’t change what the colonoscopy finds. If one of your loved ones wants to wait a few months to arrange leave from work or go on that cruise they booked a year ago first, let them. Only 3 percent of the positive blood tests in the Kaiser study had cancer in the first place, and if a few months delay improves the mental outlook and well being of the patient, all the better. For those with cancer, whether or not they live or die from colon cancer will be mostly driven by dumb luck: they were lucky, and the cancer that developed in their bodies was not very aggressive and was very curable, or it was aggressive and harder to treat. But most won’t even have to worry about this. 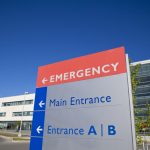 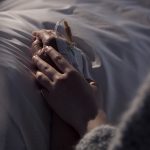