Jim Johnson is the director of the West Virginia Office of Drug Control Policy, and an advocate on the front lines of the opioid epidemic. During his previous job as the police chief from Huntington, WV he spearheaded a comprehensive initiative of education, syringe exchanges, and Naloxone distribution that has shown promising results in a community where up to 10 percent of the population is plagued with opioid dependence. His advocacy and programs have gained him national recognition, and he shared his experience at TEDMED where I met with him to speak further about the opioid epidemic.

How did you get involved in the fight against opioids?

My background was law enforcement. I had various roles over the years from administrating the jail to being the chief of police, and as I was retiring from being chief, I approached the mayor’s office about seeking solutions on improving drug control policy and law enforcement strategies in our community. This request resulted in the formation of the Mayor’s Office of Drug Control Policy that I led. Then when I was about to retire from that role, the state called me to help implement the initiatives in Huntington comprehensively at a state level which is what I am doing now.

What is one of the most staggering statistics to you about this epidemic?

20 percent of babies born at our local hospital had been exposed to drugs at birth. 15 percent were diagnosed with neonatal abstinence syndrome (NAS). West Virginia currently leads the nation in NAS births, and we have yet to know the full extent of the long-term effects of this ever more prevalent condition.

Are there commonly held perspectives you hear about the opiate epidemic that are wrong?

I used to think, like many people, that many of the approaches in helping addicts such as methadone clinics and needle exchanges were enabling. But you know, after being involved in this issue and learning what works and what doesn’t, I have come to realize that true enabling is standing by and not doing anything until it is too late and you are carrying the casket of a loved one or a friend. We have a moral obligation to support efforts that work and not be a passive bystander.

It is also wrong to think that this issue has an easy fix, people that say so don’t understand the problem. It is multifaceted that needs a lot of coordination between criminal justice, economic initiatives, and public health agencies.

So what are some of the most effective strategies that work in communities struggling with high rates of opiate dependence?

These are just a few approaches, and a diverse set of programs are needed in communities as each individual struggling with addiction, there is no one-size-fits-all. Some recover through detox and abstinence, other through medically assisted treatment, and others yet with combinations of other programs.

If I gave you $1 billion to put towards the opiate crisis, what would you do with it?

You know, what I really hope we don’t do is to throw a bunch of money in and treat this problem like pneumonia. Treat people for 30 days, and discharge them. That isn’t going to fix the problem.

I’d say let us treat it like an epidemic, like influenza in 1918 or polio. Do things we know that work and roll them out on a large scale. Research is really important, and digging deeper to get at the root causes of why people use opiates is crucial. Dr. Clay Marsh (the dean of West Virginia University School of Medicine) has said this better than I can, that at the root of addiction there is a breakdown of communities and lack of purpose, and economic pressures and educational pressures cannot be ignored.

What can doctors do to join the cause and be part of the solution?

While everyone has to get out of their comfort zones to tackle this problem, doctors, in particular, can have a huge impact if they become more vocal.  Doctors are held in high regard, and people will listen to them. Communities will be more receptive to treating addiction as a disease when doctors educate the public with their knowledge and experience.

Everybody has to be more vocal on what it will take to fix this problem, treat this like an epidemic, and get out of our comfort zones. Opiate abusers can be ostracized in the community. Alongside research for long-term solutions and prevention, intentional efforts such as doctors committing to treating 10 or even 20 addicted patients in their practice is what it will take to move towards a solution. 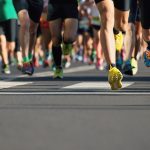 Understanding physician burnout: It's a perplexity 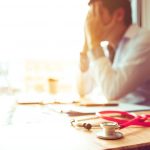 Battling the opiate crisis on the front lines
1 comments