For its many users, health care’s fee-for-service reimbursement methodology is like an addiction, similar to gambling, cigarette smoking, and pain pill abuse. Doctors and hospitals in the clutches of this flawed payment model have grown dependent on providing more and more health care services, regardless of whether the additional care adds value.

I don’t use this metaphor lightly, nor wish to trivialize our nation’s growing problem with addiction. Rather, as a physician and former health care CEO, I am increasingly concerned with the impact this payment structure is having on American health. And I worry about whether providers are willing to “kick the habit” before it’s too late.

The Affordable Care Act, signed into law March 2010, included several provisions encouraging doctors to focus on increasing value (instead of simply maximizing the volume) of health care services. And yet, seven years later, between 86 percent and 95 percent of U.S. health care providers are still paid for each individual test, procedure and treatment they provide — an arrangement that continues to drive up health care costs with little to show for it. According to the latest Commonwealth Fund report, the United States spends more on health care than any other industrialized country but ranks at or near the bottom in almost every measure of comparative quality.

As with any addiction, America’s dependence on fee-for-service has dire financial and health consequences. This year, the estimated cost of care for an insured family of four will reach nearly $27,000, paid for through a combination of employer health insurance ($15,259), payroll deductions ($7,151) and out-of-pocket expenses at the point of care ($4,534). Year over year, patients are on the hook for a higher percentage of their total health care costs, which rose 4.3 percent compared to just a 1.9 percent increase in the U.S. GDP last year. This is a major warning sign. If medical costs continue to surge 2 percent to 3 percent higher than our nation’s ability to pay, the health care system will soon reach a breaking point. Businesses, the government and insurers will have no choice but to ration care or slowly eliminate coverage for the nation’s poor, middle-class and elderly populations.

As with all addictions, the fee-for-service model has mind-altering effects, distorting the perceptions of its users in ways that make them unaware of their growing dependence. When providers are paid for doing more, that’s what they do: They increase utilization of services and ratchet up the cost of care without even realizing they’re part of the problem. According to one study, just 36 percent of practicing physicians were willing to accept “major” responsibility for reducing health care costs. Of course, the first step, as with other habits, is to recognize the problem. Only then can we explore treatment options.

The etiology of our fee-for-service addiction

The current design of the American health care system — how it’s structured and financed — dates back more than 100 years. The model worked well for much of the 20th century because most patient problems were acute in nature. Before the modern era of medicine, doctors could offer their patients little more than straightforward surgeries and a limited supply of relatively inexpensive medications. In that context, the fee-for-service design facilitated easy access to affordable medical care and rewarded doctors appropriately for taking out an inflamed appendix or prescribing antibiotics for bacterial pneumonia.

Over the past 30 years, however, the complexity of patient conditions and treatments has changed dramatically whereas the reimbursement system has not. As more people began to experience chronic diseases, and as the available treatments grew in number and expense, problems from excess utilization began to outweigh the benefits. These contrasting influences have given rise to a medical gray area in which doctors increasingly perform ever-more complex procedures and interventions that yield marginal benefit, or no benefit at all.

In 2010, for example, a large study found that patients with a herniated disc — but with no evidence of nerve compression, loss of motor skills or impaired sensory function — could be treated with non-surgical treatments as effectively as with much riskier (and costlier) surgical interventions. And yet, the frequency of back surgery has not declined. Similar studies have shown that doctors continue to perform frequent knee arthroscopies on patients who would benefit just as much from physical therapy alone.

As this medical gray area expands, researchers are now starting to unravel one of the most paradoxical findings in fee-for-service care. Here’s how the authors of the Dartmouth Atlas Project describe it: “In regions where there are more hospital beds per capita, patients will be more likely to be admitted to the hospital. In regions where there are more intensive care unit beds, more patients will be cared for in the ICU. More specialists will result in more visits to specialists.” But, “Patients do not experience improved survival or better quality of life if they live in regions with more care. In fact, the care they receive appears to be worse.”

Tempting as it may be to accuse doctors of consciously providing unnecessary care, the problem is much more contextual than personal. When doctors work in a system where they are paid based on volume, they see doing more as better — even when the scientific literature contradicts that perception. It’s not that providers don’t understand the benefits of getting paid for the value of their care. Rather, the rewards of their habit and the pain of quitting it within the context of American health care are simply too great. That’s why only 7 percent of practicing physicians express enthusiasm for “eliminating fee-for-service payment models.”

In response, Dr. Ezekiel (Zeke) Emanuel of the University of Pennsylvania wrote in a JAMA editorial, “Physicians are hesitant, if not unequivocally opposed, to taking bold steps to re-engineer incentives in the system.”

Although Zeke and I agree that doctors and hospitals ought to own and address these problems, we have different views on how drastic the solutions need to be. To settle our differences, and in the spirit of educating patients around the country, we squared off on Thursday, Sept. 28 in a debate that streamed live from the Mayo Transform conference in Rochester, Minnesota.

Dr. Emanuel, who’s paired up with Geisinger CEO David T. Feinberg, will argue that existing regulations and the incremental policy changes already underway are sufficient to solve health care’s toughest challenge. Shannon Brownlee, SVP of the Lown Institute, and I will make the case that without major transformation, Americans will continue paying more and receiving less from their health care.

Why breaking the habit won’t be easy

Addiction specialists note that many habits begin relatively harmlessly. Cigarettes circulate among teenagers at social gatherings, and opioid medications help relieve pain following injury or surgery. But as people prolong their opioid or nicotine use, dependence grows. They want more. And so it has been with health care’s fee-for-service addiction.

Breaking the habit will require painful changes for doctors and hospitals. After all, America’s most efficient medical groups provide outstanding quality with 40 percent lower utilization of hospital beds per population when compared to the rest of the nation. If the care provided by doctors in all hospitals emulated this best-in-class efficiency, then 40 percent of all hospitals beds would suddenly empty, and many facilities would go out of business. It will be equally problematic trying to get doctors — particularly highly compensated specialists — to give up lucrative but ineffective procedures. As Upton Sinclair once said, “It is difficult to get a man to understand something when his salary depends on his not understanding it.”

Most who suffer from addiction are aware of the risks. They just can’t stop the habit. However, unless we curb health care’s fee-for-service addiction, the cost of care will rise to unsustainable levels. And regardless of what comes of the current health care debate in Washington, D.C., coverage will erode as prices become unbearable.

The Hippocratic Oath, updated for today 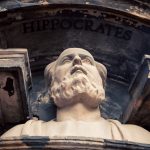 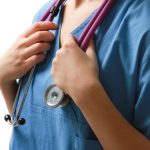 Is the U.S. addicted to fee-for-service health care?
18 comments