An excerpt from The Flame Broiled Doctor: From Boyhood to Burnout in Medicine.

“So what did my bloodwork show, Doctor?” asked Liz. Liz was friendly and polite, but a textbook example of the Worried Well … healthy but neurotic patients I didn’t need to see as often as I did.

“Nothing, my dear,” I said. “Thyroid is fine; blood count is fine. Even the X-ray we took of your chest was fine.”

“So why I am I getting sweaty so much?”

I chuckled. “You’re fine. It’s just the change of life.”

“Menopause. You had a hysterectomy years ago, so you wouldn’t have noticed that you don’t get your period anymore.” The ‘mentalpause’ is what happened to me every morning when I came into work.

I was hungry. An apple at 10:30 just wasn’t cutting it anymore. I hoped Liz was my last patient of the morning. It was Thursday, and I had the hankering for a drug lunch.

I gave Liz the two-minute spiel about estrogen replacement for her menopause treatment. The evidence and recommendations seemed to be changing each month, which made it hard to keep my sales pitch straight. It causes cancer! It doesn’t cause cancer! Use it only for symptoms! Try this other stuff first!

Liz opted to wait. Good, because the Thai aromas were wafting into the exam room. I saw Liz back to the waiting room, checked my mailbox for anything urgent, and zipped back to the lunchroom.

I loved it when the drug reps took the lunch order beforehand. There are only so many times you can feign interest in the same old lines about high blood pressure while eating the same old sandwich wraps. But Asian takeout? Not only is it a tasty treat, but if I zone out during the presentation, I can just blame it on the food. This talk was about Zelnorm, a new pill for irritable bowel syndrome (IBS). Yum! What better way to spend a lunch hour than listening to a talk on irksome bowel symptoms?

While my colleagues and I stuffed ourselves, the drug rep presented the data and prescribing information. Exciting stuff. Well, at least she was eye candy. The drug reps almost always are, women and men alike. After the meal, the rep handed us some “clinical information material” the company felt we might find useful.

“We have a variety of tools you can use in assessing your patients,” she said. “The one we get the most positive feedback is the Stool Chart.” Each of the doctors received a copy of the Stool Chart, a laminated pictographic rating scale for bowel movements. “Especially for your patients that are hard of hearing, or, as I know in this area, don’t speak English well. You can get them to point to the picture that matches their stool pattern.”

As with diabetes, medicine had now figured out how to subdivide a patient’s bowel movements into subtypes — seven in all — from “separate hard lumps” to “watery, with no solid pieces.” Each was associated with a (supposedly) standardized diagram of the different ways stool can appear.

“We’re supposed to use this with our patients?” I asked.

“Yes,” said the rep. “You can also use it to monitor their response to treatment, whether they’ve gone from a watery stool to a soft but lumpy stool, for example.”

“These are pictures of poop,” I said.

The rep smiled. “I think the clinical term is ‘stool’.”

“Right.” I hemmed and hawed over what direction I wanted the conversation to go. Do I let the lunch end and get my paperwork done, or point out that this “clinical information material” resembles the doodles I used to pass to my pals in grade 7 for a cheap laugh? Eh, it’s the company’s marketing gurus that put out this crap, pardon the pun.

I stared a long moment at the poop doodles. Somebody earned a graduate degree, a fat research grant, and/or truckloads of cash in royalties for poop doodles. And I’d been offered — no, encouraged — to use them in my job, a job I could only take after how many years of post-secondary education?

I tried to focus on my paperwork, but couldn’t, and ended up e-mailing a stream-of-consciousness diatribe to my close friends and old med school chums. It was a stop-the-world-I-want-to-get-off moment. Either the practice of medicine was becoming something most adults would justifiably ridicule, and nobody else saw it, or the poop doodles were Perfectly Acceptable Progress, and I was losing my bloody mind.

On top of that, I was swamped. And more than a little bored.

The truth is that after a few years in practice, there isn’t much new to see in family medicine. Even when you do see a genuinely exotic condition, and feel the exhilaration of diagnosing a real head-scratcher, at the end of the day it’s just a person with a rash or funny-sounding heart murmur. The job is more about managing the patient’s reaction to the condition or treatment than any “a-ha!” of solving the puzzle. The same size cancer, in the same body part, and at the same stage, will send one patient scurrying from treatment in denial, another complaining about the inconvenience, and a third emotionally unable to cope.

They say confession is good for the soul, or at least they said it in the first Superman movie. I liked most of my patients, even adored some of them. I found it refreshing that people from all corners of the earth — Columbian doctors, Palestinian filmmakers, Sudanese shepherds — had the same everyday problems and neuroses that ordinary North Americans did. But managing patient emotions was neither the thrust of my training nor my greatest strength. I was often drained at the end of the day, without an intellectual challenge to offset the frustration.

I also didn’t anticipate just how much paperwork I would face by the end of each week. The bureaucracy bowled me over with its boundless capacity to spawn forms and letters that needed completion before I could get anything done for my patients. I began spending Friday nights and statutory holidays in the office just to catch up on the pile.

Once more I felt lost … annoyed, frustrated, unhappy with what I was doing. But my wife was pregnant, and I had no interest in quitting. This would pass. I hoped. 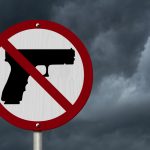 Being a specialist is a constant climb. But it's worth it. 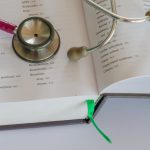 A story from a physician’s journey to burnout
5 comments