How do I tell you who I am in a couple of paragraphs?

Well, I was born in 1955, so that makes me 61 years old. My namesake is probably movie star and America’s sweetheart Debbie Reynolds.

So, that means I was raised in a half-Irish and half-Italian hotbed of culture and temperate.

There are four kids in this family, well five kids — one died at birth and was buried in the ground with all of the other unnamed dead babies. That’s how they did it back then.

Mom was a domineering lady who “ruled the roost,” while dad climbed the IBM corporate ladder. Once we moved from New Jersey to the South, we thought we had “arrived.”

We had a big house on the “right” side of town. Private Catholic school for eight long years. Confession every Friday so we could sin all over again. Church every Sunday. And if you didn’t go to church, it would be a mortal sin marked on your soul, and you would be destined for hell … eventually. If you weren’t Catholic, we would pray for you because you also would land in hell.

I watched the assassinations of JFK, of Martin Luther King Jr, Medgar Evers, Robert Kennedy and Malcolm X on our black-and-white TV. I paid attention to the Civil Rights movement, discrimination, separate schools and separate water fountains and lynchings — hangings because white skin was “better” than black skin.

I watched Richard Nixon bid farewell as his Watergate break-in unraveled after he told us that he was not a crook.

I watched Wall Street greed and fraud as they manipulated all of us.

I watched the bishop that graduated us from Catholic school bid us farewell as he left the church, running away with his secretary.

I listened to my mother cry in her bedroom behind closed doors as daddy climbed the corporate ladder with IBM — more infidelities, more money, more alcohol. I lived the dysfunction. Watched dad run into the walls at night, watched him lose job after job, watched us lose our lake house and my place of serenity.

Civil rights, the hippie movement, the “dogs run free why can’t we,” and I strummed my guitar to Carole King, Pink Floyd, Led Zeppelin and the Doors.

I strummed through the dysfunction, through the repeated messages in my head that mom and dad taught me, that I was fat and dumb and stupid. And by the time I could go to college, I envisioned myself far, far away. Maybe I’d be a teacher or a journalist and write for The New York Times. Or maybe I would stay at home and become a nurse because that’s what mom said I had to be. A nurse.

Nursing school was brutal. My first job was in the psychiatric unit. I knew the dysfunction well. The schizophrenic side was more interesting than the neurotic side. And in the late 1970s, there he was. The last hippie on earth working as a “poetry therapist,” and I had to have him!

Years later, we had three beautiful and smart children. How I loved being a mom. They were my manna from heaven.

I went through the hoops of nursing: Psychiatry, surgery, PACU, emergency nursing, surgical-trauma nursing and then my true love — ICU.

I loved putting the multi-system failure organs together and figuring out this endless puzzle. Years and years of CPR, code blues, code cools, code grays, STEMIs and missed Thanksgivings and Christmases with my family.

Good managers and terrible managers, good nurses and dedicated nurses and “I don’t give a s*** nurses,” abusive MDs and ones that really cared about the patients and about us.

My mom died of colon cancer with mets to the liver. I cried at her funeral. Crying for the mother I never had. The mother that made herself vacant after her baby had died years ago. Dad lived to be 77.

An old age for an alcoholic. End-stage liver disease. A predictable death for him.

And here I am — still clocking in. I love it. But some things I don’t love. I don’t love the CPR and crushing of ribs on tiny little ladies and men that should have died peacefully. I don’t love the families that demand to rescind DNRs on their parents who are at the end stage of life.

Our society has got it all wrong. They think we will live forever. The “machines” will keep us alive indefinitely no matter what. No matter if they are on a ventilator and restrained, and they have no quality of life. No matter that they have a large-bore vas cath in their neck for dialysis and are on very strong IV pressers. No matter that the family is either feeling guilt or are in strong denial as their loved one lies hopeless and helpless as their body sloughs away.

I can see it in their eyes. The surrender. The “please, let me go peacefully” look.

No one gets out of here alive.

If there were one wish I could have with my millions of years dedicated to nursing, it would be to beg you to let your loved one go peacefully into the night.

A mom, a mother-in-law, a grandma, a lover of two dogs, a wife, a nurse. A dreamer of dreams who hopes and prays for a better world of loving one another until our last breath.

And that’s who I am. 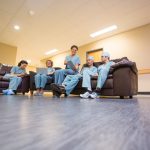 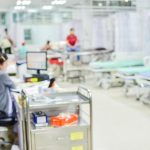 A nurse shares who she really is
1 comments