A father and a son are in a car accident.  The father dies instantly, and the son is taken to the nearest hospital.  The doctor comes in and exclaims, “I can’t operate on this boy!”

“Because he is my son,” the doctor responds.

How is this possible?

I first saw this riddle in a Washington Post article in October 2016. I was four years out of residency, and for the first time in my career, had started to feel like I wasn’t treated quite the same as the male physicians that made up the majority of my group.  I read the riddle over and over again, but couldn’t figure out the answer, so I scrolled down.  The boy’s mother was the surgeon.  As a female physician searching for validation of how I was feeling, even I couldn’t come up with the answer that the surgeon was a woman.

I made it through medical school, residency, and fellowship without ever feeling like it was harder to succeed as a physician than my male colleagues. Even as the only female in my residency class, I never experienced (or at least recognized experiencing) gender bias.  The nurses I worked with were some of my closest friends.  I was successful at emergency medicine, and I felt like any feedback I received was constructive and fair.  Then I joined a group where almost every other doctor was an older male. Suddenly nurses were questioning my every order. Suddenly I was being told that I wasn’t confident enough or approachable enough.  Suddenly I felt like my career was spiraling around me and I didn’t know how to fix it.

I was asked to meet with the leadership of my group.  There had been some ongoing complaints from the nursing staff about my confidence and approachability.  There were no specifics.  There were no concerns about my medical care. Initial suggestions to fix this were to bring candy and to try to ask more personal questions.  When that didn’t work, I was asked to work with a physician coach, spending hours of unpaid time trying to fix a problem that no one could seem to identify.  Nobody in my group had any specific examples. Nobody in my group had witnessed anything firsthand.  I was told by multiple colleagues that it was difficult to succeed here as a female, that females in the past had failed and moved on.  I watched as some (thankfully few) of my older male colleagues communicated by yelling, while it was considered defensive when I kindly explained the thought process behind my orders when my care was questioned.  I watched older male surgeons breeze through the emergency department, belittling everyone in their path.  Where were their physician coaches?  I was putting in countless extra hours, learning to make little adjustments in my interactions, to apologize for difficult orders, to acknowledge concerns before explaining my clinical decision making, while they yelled and belittled without consequence.

In the end, I’m a better doctor and communicator because of it.  I persevered (or, as a supportive colleague put it, was “tenacious AF”), and I succeeded.  I became a partner in my group.  Everyone has room to improve, and working with a physician coach helped me become a better version of myself. But something inside had changed.  I became a partner, but I didn’t become an equal.  Part of me realized that even those who supported me felt it was okay to tell me “females have a tough time succeeding here.” The reality is I’m not the only female physician who has ever felt this way. This problem is so much bigger than my own experience.

Women now make up almost one-third of practicing physicians, and half of today’s medical students are female.  Despite this, recent studies have shown female physicians are still less likely to be introduced as “doctor” by their peers. 30 percent of female doctors report they have been sexually harassed in the workplace. 77.9 percent of physician mothers have felt discrimination in the workplace. The average pay gap between male and female physicians, after adjusting for other factors affecting compensation (age, experience, specialty, faculty rank, and measures of research productivity and clinical revenue), is $19,878 per year.  In some fields, like neurosurgery and cardiothoracic surgery, the discrepancy is as large as $44,000 per year. Airlines don’t believe African-American females can be doctors. They apparently don’t believe white, Asian, middle eastern, etc. females can be doctors either.

And I still can’t put my name on this article for fear I’ll lose my job.

It’s bad enough that in 2017, we still have to tolerate patients calling us “sweetie” and asking if we’re old enough to be their doctor. It’s bad enough that even though studies suggest that female providers have lower mortality rates and have more patient-centered communication styles than male providers, patient satisfaction scores don’t reflect this. But what do we do when our own colleagues fail to recognize their own gender biases? No female physician should ever have to feel that her gender is a factor limiting her success. We need to create environments where we recognize our biases and work to address them. We need to do better. It’s 2017, and we shouldn’t have to remain anonymous anymore.

The author is an anonymous emergency physician.  This article originally appeared in FeminEm. 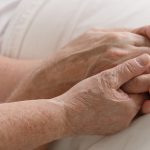 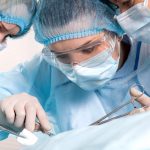