Looking at the high number of people suffering from these disorders, it should be expected that there was a strong system in place to treat these illnesses. But, in fact, this is far from the reality. Getting a help for a patient with a mental illness is often an exercise in futility. Being a family doctor, I see patients with all kinds of diseases. When a patient has a disease where more specialized medical care is needed, I refer the patient to an appropriate specialist. But with mental diseases, this is often an impossible feat.

While the health care system fails patients with mental illnesses, perhaps society at large is the bigger failure. People often crack jokes about mental diseases, saying someone is acting schizophrenic or something similar. And people laugh and think it is funny. Would anyone make a joke at the cost of a patient dying from cancer or suffering from an infectious disease? No, because it is not politically correct to do so.

We need to understand that mental illnesses are diseases the same as physical ones and just as serious for those afflicted with them. Until we can accept that simple fact, people will continue to hide their disorder in shame and silence. Maybe then, we would see fewer national tragedies like Columbine and Sandy Hook.

Online physician reviews: A physician does a study on himself 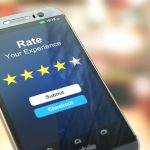