If we listen to the president, fixing the American health care system is too complicated.  It is not actually that complicated. The number one issue is cost. Even with many millions of people unable to access care, we already spend close to twenty percent of every dollar in the U.S. on health care. If we hope to include everyone in the health care system, then we need to lower health care expenditures dramatically. Here’s just one way we could do that.

A 2014 BMC Health Services Research study (“Insurance-related Administrative Costs in United States’ Health Care”) found that billing and insurance-related administrative costs accounted for nearly fifteen percent of health care spending. If you are at all familiar with the American medical billing and payment system, you know that it is exceedingly complicated and wasteful. If you are not familiar with it, here is a description of the incredible amount of work entailed in getting paid for a doctor’s appointment. To put things in perspective, all this work is for a service that, on average, brings in $75.

Two things are necessary to generate a medical bill. First is the diagnostic code(s). There are 68,000 codes from which to select. And insurance companies can deny a claim if they feel the code used is incorrect, or if the diagnosis is not covered by a patient’s insurance, or if a host of other confusing rules is not followed to their satisfaction.

Second is the evaluation and management (E&M) code, which indicates the amount of work performed during the appointment, and is defined by 1995 federal regulation. The individual code is based on an incredibly complicated three-part calculation that includes:

Physical exam: the number of individual bullet points documented or body parts examined during the appointment.

Complexity of medical decision-making: estimated based on the number and types of tests that were ordered, prescriptions written, and referrals made.

This coding scheme is a constant distraction for physicians, who must keep count of what is going on at the same time that they are attempting to interact with their patients, and write excessively long notes to match the code requirements. But the effects go further than that. The system of diagnostic and E&M codes is so complicated that it birthed a new health care professional, the medical coder. The Bureau of Labor Statistics estimated that there were 188,600 “health information technicians” in the U.S. in 2014, with a median salary of $38,040. Having coders on staff adds a great deal to the cost of running a practice.

Money, therefore, becomes a virtual obsession for every practice. And coding can make all the difference from a business perspective. A code 99213 office visit (the most commonly used code) for a Medicare patient pays about $75, whereas a level 99214 pays $110. The 99214 code becomes everyone’s focus as much or more than caring for the patient.

Of course, all of the work just described is merely to generate a bill, otherwise known as a claim. But the claim is just the beginning of the multi-step process involved in getting paid. It can take five or six steps, each with its own pitfalls, and opportunities for errors or denials, before the total amount is paid.

First stop is the patient’s portion, the deductible and/or the co-pay amount. But it can sometimes be tricky to determine these amounts.

And any one of these steps can lead to a denial. A denial can create unbelievable headaches, or leads to unpaid claims.

Again, all of this effort is expended to collect an average amount of $75! The system is completely out of proportion to the value of the service, creates unbelievable waste (its own industry, no less), promotes fraud (another incredible cost), and distracts everyone from patient care.

In one paragraph, I will describe a better system. The five-tiered E&M coding system should be reduced to just two or three codes, and the definition simplified. A simple office visit code would denote an appointment with one or two simple acute or chronic complaints. A complicated office visit code would be used for any visit with a more complicated complaint (like headache or chest pain), or three or more diagnoses. Separate codes and definitions for new patients, or for place of service, can be eliminated, in favor of a simple computer check box. Reducing the difference in the amounts paid for a simple vs. complicated visit (how about $90 and $100, respectively) would minimize the push to up-code claims, and reduce the incentive and the possible effects of fraudulent billing. In terms of getting paid, each insurance (primary and secondary) would provide the patient with a payment card (like an ATM card) that automatically moves the money to the practice at the time of service. Billing would be eliminated altogether.

It would be easy and effective, to reduce billions of dollars of unnecessary expenditures, and remove a huge source of frustration and distraction for every medical practice. And I’m sure that there are many other ways we could do the same type of thing throughout the medical system. 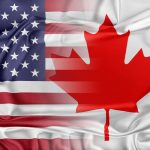 How to care for patients who are personal health researchers 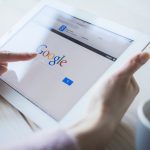 Fixing the American health care system is simple. Here’s how to do it.
59 comments