According to recent Ohio statistics, 1.3 million people have limited or no access to primary care physicians. Based on the 2015 Ohio Primary Care Assessment, 60 of 88 Ohio counties have medically-underserved populations. The Patient Access Expansion Act (HB 273), co-sponsored by Representative Theresa Gavarone (3rd District) and Representative Terry Johnson (90th District), specifically addresses health care access by prohibiting physicians from being required to comply with maintenance of certification (MOC) as a condition to obtain licensure, reimbursement for work, employment or admitting privileges at a hospital or other facility.

Recently, I spoke with Representative Gavarone on the critical importance of this legislation for Ohio. Physician family members have grumbled about the expense of MOC compliance however, a practicing cardiologist better clarified the connection between MOC regulations and the growing physician shortage. “He shared his frustrations at the time and money involved participating in a program that has absolutely no scientifically-proven benefit for patient outcomes,” said Representative Gavarone. The cardiologist discussed numerous hours wasted preparing for an exam with little to no bearing on his day-to-day work serving his patients.

While the public may not be familiar with the harm of MOC regulations, many have experience searching for a new physician when their doctor retires earlier than anticipated. “Patients are waiting months for appointments,” said Representative Gavarone. “As physicians leave their practices through cutting back or early retirement, this translates to reduced access to care for everyday Ohio citizens,” she said.

Gavarone is touching on a vital issue facing practicing physicians across the country: there are fewer incentives for compassionate, brilliant minds to enter the field of medicine.

Oklahoma was the first state to enact anti-MOC legislation, and six more states (Georgia, Maryland, Missouri, North Carolina, Oklahoma, Tennessee and Texas) have passed laws prohibiting the use of MOC as a condition for obtaining medical licensure and hospital admitting privileges. Doctors are being “boarded to death.” To become licensed to practice medicine in the U.S., we must pass four exams, each lasting 16 hours in duration over two days. The U.S. Medical Licensing Exam (USMLE) has three parts: USMLE Step 1 and 2 are taken during our second year and fourth years of medical school, and Step 3 is taken over a two-day “vacation” during internship year.

After a three-to-five year residency program, we must pass a specialty-specific board exam, such as internal medicine, pediatrics or surgery to become licensed. While drowning in more than $100,000 in educational debt, the $1500 exam fee seemed exorbitant, yet passing the pediatric certification exam was only a one-time requirement. States already mandated completion of Continuing Medical Education (CME) hours annually for physician licensure, so why were additional requirements necessary?

The American Board of Medical Specialties (ABMS) eliminated “lifetime” certification to shore up their financial outlook; a modification having little to do with quality and much to do with rate of return. Between 2003 and 2013, the ABMS member boards’ assets ballooned from $237 million to a staggering $635 million, an annual growth rate of 10.4 percent. MOC is outrageously lucrative. Almost 88 percent of their revenue came from certification fees.

The testing environments to which physicians are subjected are abominable; those who are disabled, ill, pregnant or nursing find their requests for accommodations in accordance with federal ADA guidelines denied, having no recourse for blatant discrimination. MOC requirements violate our basic right-to-work, an intrusion deemed intolerable in other professions.

Groups lobbying heavily against anti-MOC legislation will likely be hospitals, insurance companies and specialty groups, such as the American Society of Plastic Surgeons (ASPS) and Ohio Valley Society of Plastic Surgeons (OVSPS), who are out of touch with front-line physicians. Both organizations vehemently opposed a tax on elective (read: unnecessary) procedures projected to add $25 million to the state budget, calling it “discriminatory, economically damaging and fiscally unsound.”

They oppose HB 273 on the grounds that allowing board certification to “lapse” will prevent patients from receiving the “highest quality of care;” a statement that is altogether unproven, misleading, and deceitful.

If you like your doctor, support HB273 — the Patient Access Expansion Act — so you can keep them. The MOC program forces physicians to spend time away from our patients, clinics, and families for no demonstrable benefit. Financial corruption touches every facet of MOC; the American Board of Medical Specialties has $701 million reasons to oppose this bill.

Representatives Gavarone and Johnson are David bravely battling Goliath. Physicians and patients must help them fight for high-quality, affordable health care to be delivered by physicians free of futile testing regulations.

Dos and don'ts for patients who consult Dr. Google 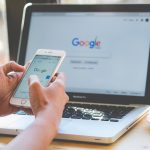 The flu vaccine doesn’t cause the flu. Period. 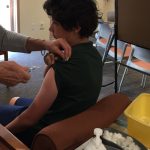