Replace like with like — that is the basic principle of reconstructive surgery since its conception in the mid-1500s. Borrow from the healthy part of the body to rebuild the damaged part … But what do you do when you have run out of places to borrow? What if there simply isn’t anything like it anywhere else on the body? How do you reconstruct something as complicated as the human face? The answer — the newest frontier in reconstructive surgery — is transplantation.

The first human face transplant took place in France in 2005, an unfortunate woman whose face was devastated by a severe dog bite. Over thirty face transplants have followed in its steps; each unique from the previous, just as each face is unique from the previous. Each grabbed the media’s spotlight and hailed as a medical miracle.  Each raises the ethical question “Is it worth it?” Should surgeons perform a “life-enhancing” procedure at the expense of lifelong immunosuppression? Where is the line between reconstructive surgeries to aesthetic surgery in face transplants?

To answer the first, one must ponder upon the value of the face. In 2014, Organ Procurement and Transplantation Network (OPTN) formally declared composite tissue allografts an organ and may be regulated as other transplanted organs are. However, unlike other transplanted organs, the face is not as essential for life. Its role in metabolism and homeostasis is not as clearly defined as the heart, liver, or the kidneys. One could argue that as an organ, the face aids in breathing and eating, but the face is not essential for these functionalities. Thus, from a purely utilitarian standpoint, the face is not an essential organ for living.

What the face is absolutely necessary for is facial expression and communication. It is an individual’s badge of entrance into society. The face is the feature that infants naturally recognize and track. It is the feature that gets the most screen-time in all forms of digital media. Studies have shown that patients who suffer from facial disfigurement are more at risk for being depressed and even suicidal. For these reasons, patients are willing to undergo dozens of surgeries, in order to repair the face in a step-wise manner.

The fair and true comparison for face transplants is facial reconstruction. Current standard of care for treatment of facial disfigurement is reconstruction which can mean transferring tissue from other parts of the body, causing scarring to healthy tissue, loss of sensation, or even functional weakness at the donor site. The more complex the deformity, aka involving a distinctive attribute of the face such as the nose or the lips, the more reconstructive operations are required — frequently with suboptimal cosmetic and functional outcomes. By comparison, a face transplant is a single operation that yields significantly better functional and aesthetic results- essentially a ‘pre-packaged’ reconstruction. The trade-off is a lifetime of immunosuppression.

Thus, psychological evaluation, extensive consent process, and social support evaluation was a large part of the first case of face transplant and remain an integral part of vascular composite allograft programs. Ironically, the patient who is most able to cope well with the face transplant is one who copes well with facial deformities. Evidence suggests that a lack of good coping skills for those with facial deformities is more detrimental to social functioning than appearance and those who have shown an ability to develop good coping skills are more likely to adapt to future changes, including the uncertainties of face transplant. For the same reasons, patients should be encouraged to focus on physical goals from transplantation, such as regaining oral competence, rather than social goals. Pre-transplantation planning also includes evaluation of potential compliance with immunosuppression.  Poor compliance with immunosuppression is associated with adolescence, preoperative noncompliance, absence of good social support system, and substance abuse.

In July 2015, the world’s first pediatric bilateral hand transplant took place at the Children’s Hospital of Philadelphia. The recipient is an 8-year old boy who suffered from a devastating infection that results in amputation of his hands and feet and a kidney transplant. With this new milestone, the question of a pediatric face transplant in the near future is raised. The ethical issues surrounding adult face transplants are further augmented in pediatric where the psychological implications would be even more profound. On the one hand, a pediatric face transplant could spare a child from the emotional traumas of facial disfigurement during the critical development years, but accepting the transplanted face as self may be even more psychologically scarring. Furthermore, the physiological anatomical difference in children, such as the larger percent body volume encompassed by the head and face, make both transplant and salvage alternatives more difficult. Pediatric face transplant also raise issues regarding the longevity of the graft, sensitization for secondary transplants, and ever-changing physiological and psychological landscape in the recipient.

The foundation of plastic surgery is to “restore form and function.” Face transplantation has been successfully utilized, and as surgical and immunosuppression techniques improve outcomes will become more predictable with the potential for broader indications.

Erez Dayan is a plastic surgeon. Luccie Wo is a medical student.

It’s time for teamwork in dermatology 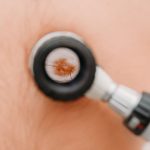 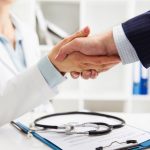 Face transplantation is the new frontier of plastic surgery
2 comments