An excerpt from Born to Be Wild: Why Teens Take Risks, and How We Can Help Keep Them Safe.

According to the National Sleep Foundation’s Sleep in America Poll of 2014, 75 percent of children in the United States have at least one electronic device in their bedroom, with a television being the most common (45 percent). Over one-third of these children leave the television on all night long, which is known to be especially disruptive to sleep because of the constant exposure to light and noise. With the mass proliferation of smartphones, tablets, computers, and video games, the median number of electronic devices in children’s bedrooms has climbed to one for children six to eleven years of age, two for those aged twelve to fourteen, and three for those over fifteen. Because adolescents generally experience a major circadian shift in their sleep cycle beginning around puberty, the distraction of electronics in the room during the teen years is particularly damaging.

Adolescents’ natural circadian rhythm forces them toward a delayed sleep phase, going to bed and awakening later. For the average teenager, bedtime pushes later into the evening, total sleep time on weekdays decreases, and teens disproportionately complain of excessive daytime sleepiness. Given their tendency for a delayed sleep cycle, it’s ironic that the older kids get, the earlier school starts.

One of my patients, Tony, is emblematic of a classic but all too common cautionary tale of the dangers of a delayed sleep phase. I met Tony during his winter vacation, just after being put on probation by his college. Leaving home for a university halfway across the country is a challenge for any adolescent, but it was a particular struggle for Tony. Although an extremely intelligent and kindhearted boy, he had always found intimate friendships a struggle, and he tended to isolate himself. He maintained a robust social life online, and he would stay up late into the evening gaming with friends and acquaintances. But in his classes and within his dormitory, he had virtually no friends. He began sleeping through his morning classes, playing on the computer late into the evening while avoiding his schoolwork. Eventually, his sleep cycle was so turned around that he was going to bed around five in the morning and sleeping until noon. Lots of things got in the way of Tony’s studying and being an effective student, but his sleep cycle ultimately became a big contributor. He went back to school in spring, not heeding the recommendations from me and his academic adviser, and things only got worse. As he fell further and further behind in school, his anxiety mounted, and he just about entirely stopped sleeping for three weeks. By May, he was failing all of his courses, and the college placed him on academic suspension.

It’s not really the television, computer, and smartphone that lie at the root of Tony’s problems, of course, and the difficulties that so many of our adolescents have with maintaining a proper circadian rhythm. Tony struggles with anxiety and social skills, which are the real culprits in his case. But the contribution of devices and even electricity simply cannot be denied. Ever since we could keep the lights and radio on past dark, we’ve been extending our bedtimes later and later. Data from 1897 through 2009 demonstrate that not only has our children’s bedtime been extended but doctors’ recommendations have also followed suit, to the tune of 0.71 minutes per year. That may not seem like so much, but when you multiply 0.71 by those 112 years (1897 to 2009) you get 80, or one hour and twenty minutes. It turns out that a lot can happen in that time.

Although early high school start times are correlated with lower grades and SAT scores, academic achievement is just the tip of the iceberg. Early morning awakening among teens is also associated with an increase in automobile accidents. Moving the high school start time later by only one hour resulted in a 16.5 percent reduction in motor vehicle accidents in a Kentucky county in a single year. Early school start times also mean more school absences and increased caffeine use. Most importantly, the broad range of cognitive skills involved in decision making are strongly affected by sleep restriction, leading to trouble with adapting to changing information, revising strategies based on new information, innovation, maintaining focus, insight, communication, memory, and risk assessment. Intuitively, we all know that even one night of poor sleep makes us irritable and less likely to make good decisions the following day. Experimentally, we now know that sleep calms the brain’s threat perception center, housed within the amygdala (within the limbic system, or emotional brain), allowing the prefrontal cortex to exert greater “top-down” control over our emotions when we’re better rested. Strictly speaking, a good night’s sleep reduces risky behavior among adolescents by allowing enhanced prefrontal control over emotional brain centers.

Jess P. Shatkin is a child and adolescent psychiatrist and author of Born to Be Wild: Why Teens Take Risks, and How We Can Help Keep Them Safe.

Doctors should be paid well. But how much is enough? 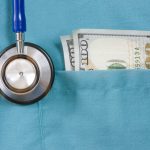 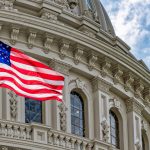