I’m pleasantly surprised to see how a growing number of physicians are finally starting to percolate openly with their extreme dissatisfaction about a just how broken our medical system is. I admire and am proud of these brave vanguards who are a minority but have seemed to pick up steam. I still don’t hear their fearless voices carried in major media outlets (shame on these outlets!), but they are more than compensating by rapidly cropping up online social media physician and health platforms such as KevinMD, Medical Economics, Twitter, Facebook and others.

Some messages are no-holds-barred, while others are watered down. And these latter tempered outbursts of truth and indignation often can be a Trojan horse seeking the financial and or political benefit of the very perpetrators that continue to decimate the best interests of private practice physician and their patients.

Yet, many more are courageously and honestly pointing blame at our powerful government, insurers and pharmaceuticals. God bless these brave voices for at least finally breaking a sick cycle of taboo, deafeningly silent that’s been pervading our physician community for the last decade — if not longer. America’s physicians might finally be refusing to cast their lot along with colleagues who are burnt out, miserable and even forced out of practice. Unfortunately, many of our colleagues are falsely portrayed as pariahs and live their dedicated daily lives under a siege of unbearable regulations and bullying. Thus, leading many to the ultimate moral surrender of taking their own lives or certainly contemplating to do so.

Perhaps it’s social media which has hastened an arrival of the time when physicians might begin to unite on common issues rather than risk standing by as their noble profession is destroyed.

Hippocrates isn’t dead — at least the hope of keeping his spirit and oath alive will not be destroyed or made irrelevant by some such as Ezekiel Emanuel who sees the Hippocratic Oath as one factor driving “overuse” of medical care. Perhaps these acts will result in replacing our false demagogues in our AMAs and other fake or certainly much-diluted organizations, which have failed our nation’s physicians up to this very day, with something very real.

This is much more than just improving the quality of physicians’ lives and their freedom of enterprise. It’s about allowing us to practice the art and science of medicine unrestrained by their special interest, self-serving and patient-detrimental regulations, guidelines and police state tactics. As the latter, non-physician created vehicles seek to rein in and rewrite our professional standards to enrich and benefit only themselves. All the while, the patient is the last person they consider, if at all. Most importantly, they discount our precious medical judgement and clinical experience so as not to interfere with their financial interests.

From the 20,00-plus-page manifesto of Obamacare — who cares if we call it Trumpcare. Can it ever change if the vested interest groups stand to lose? — to our failed EMRs, MU’s, recent MIPS, MACRA, recertification-appeasement fiasco and “evidence-based” guideline cookbook medicine intended to placate the unending appetites of everyone except patients and their physicians. These are but a mere icing on a disastrous recipe towards squeezing out all resources before pronouncing our profession as end stage.

For the first time in two years (I suspect longer) U.S. mortalities have gone up — the clearest measure of a failing system. Physicians already sensed this tragic trend without mortality tables, yet their voices continue to be unheard. Then the powerfully vested and discordantly sponsored media outlets still blame “crooked” physicians and health care fraud for a system they intentionally damage to appease and mislead a public thirsty for any news that might convey a hope of justice and public wellbeing.

The DOJ doesn’t carry out nationwide dragnets to arrest lying and income gouging health insurers or pharmaceutical companies and their executives, yet they do so for the horse and pony show against doctors on a regular basis. For relative minor in infractions today’s remaining private physicians either go to prison, out of business, are scared out of their wits and retire or seek employment as the power players who make health care an unaffordable failure continues to get the green light to commit more health care decimating crimes.

What ever happened to the “justice for all” American way?

When it comes to powerful lobbyists and wealthy insurers and pharmaceuticals (as of late even hospitals who now employ and make a hefty chunk of their money off physicians — a new and dangerous trend), it appears that Lady Justice had successful cataract surgery. Hospital and insurance company employed physicians are not held to or needn’t worry about the unaffordable and impossible standards of their private physician counterparts. Physicians along with other small businesses have been overrun by huge and powerful insurance companies who could easily control where patients went. This oligopoly goes unquestioned even today.

In 1998, the DOJ made it illegal for physicians in private practice to benefit from collective bargaining and thus banned the several thousand IPAs across the nation that helped physicians remain viable in a competitive arena something that never seems to be been applied to big pharma or health insurers.

It’s no wonder that even established and newer, younger physicians are showing signs of exhaustion and extreme dissatisfaction. It’s time for our government and its DOJ to revisit the overtly imbalanced and unjustly skewed anti-physician legislative aggression, which more than disproportionately holds only physicians accountable and start concentrating on examining the real perpetrators of health care fraud and decimation. Unless our government is willing to treat physicians equally and professionally, patients will continue to opt out of expensive policies and essential pharmaceuticals and be victims of an even further increase in an already resurging national mortality.

I’m extremely grateful for newer opportunities we as physicians could and should act upon. Perhaps it’s our profession that is now called upon to heal an extremely ailing and fractured system.

“Healing is a matter of time, but it is sometimes also a matter of opportunity.”
– Hippocrates

It’s now up to us to capitalize on and join the voices of our bright and courageous colleagues who are willing to be heard so we ourselves may avoid bearing witness to the tragic death spiral of our planet’s most superb beacon of medical science and health care the world has ever known. 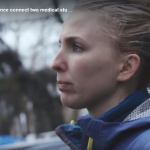 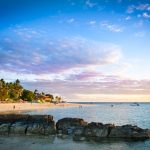 Use your voice to change health care
9 comments