There is a 4,300-strong grassroots movement known as “Save Our Hospital” gaining notoriety in Albert Lea, Minnesota. This story is symptomatic of the fact that hospital consolidation has slowly become a national pastime. With declining revenue under the Affordable Care Act, mergers increased by 70 percent, leaving small communities scrambling for health care access. The latest casualty in the “hospital-consolidation-for-sport” trend is Albert Lea, a small city located in Freeborn County, Minnesota.

Known affectionately as the “Land between the Lakes,” it has a population of 18,000 spread over 14 square miles. Not surprisingly, Mayo is their largest employer; the 70-bed hospital serves almost 60,000 in a region including patients who live in Iowa. In Rochester, MN, the Mayo Clinic is regarded by many as one of the premier medical facilities in the country. Originally of humble origins, founder William Mayo opened a practice during the Civil War and later, passed it down to his sons; today, the Mayo Clinic flagship is located in Rochester, Minnesota and plans to become a renowned premier medical destination for the world.

Corporations with such lofty ambitions tend to make “small” sacrifices along the way — often, on the back of a beloved rural town. On June 12, Mayo clinic administrators announced they would transition all inpatient services to Austin, more than 20 miles away. Mayo cited ongoing staff shortages, reduced inpatient censuses and ongoing financial difficulties as their reasons for hospital closure. Rural care was mentioned to be at a crisis point, which is an altogether callous assessment of the troubling situation facing communities across this country.

The Albert Lea City and County Hospital Association formed in 1905 when concerned citizens raised funds to build a community hospital. Renamed Naeve Hospital after a prominent donor, it became the lifeblood of this rural community. Physician groups collaborated to start the Albert Lea Clinic and Albert Lea Medical and Surgical Centers. For financial reasons, on Jan. 1, 1997, Albert Lea’s Clinics and Naeve Hospital merged with the Mayo Medical Center in Rochester. At that time, a now-retired local physician expressed concern about the challenges of recruiting physicians to the rural locale. Mayo, however, scoffed at his assertion. Recently, Dr. Bobbie Gostout, vice-president of Mayo Health Clinics, confirmed it was indeed difficult to recruit newly trained physicians to small areas with a heavy night call burden.

It is estimated the facility in Albert Lea sees 500 patients per day including office visits, dialysis, cancer care and other outpatient services. Approximately seven patients per day will be affected by this move. Freeborn County Attorney David Walker is evaluating if Mayo violated their bylaws by not holding a vote for the consolidation decision. Mayo denies that a vote was necessary. Walker has asked the state Attorney General to weigh in on the debate.

Hospitals across the nation are focusing on efficiency while trying to improve care quality and maximize revenue. Consolidation can help lower overhead expenses; however, over time, the heartland and the people being served to suffer for a variety of reasons. Mayo administrators blame $13 million in losses over the last two years at the Austin and Albert Lea campuses as the cause for hospital closure. Before making this pivotal move, Mayo conducted an 18-month internal review; unfortunately, neither the city council nor county commissioners were consulted. In July, Albert Lea City Council unanimously approved a resolution requesting Mayo halt the process until 2018, in order to solicit feedback from the community impacted by this decision. The Freeborn County Board also called for a six-month moratorium from Mayo. Both requests were denied by the behemoth that is Mayo.

Not every community member in Albert Lea is opposed to hospital closure. Some physicians working at Mayo feel they are stretched too thin and cannot survive with two rural facilities to staff. Recruiting nurses and physicians has been extremely challenging, according to them. The hospital in Austin is 20-minutes away, which they feel is adequate. Alternatively, Owatonna is 25-minutes north, and Mankato is 35-minutes away and has a Mayo helicopter stationed there for medical evacuation needs.

Mariah Lynne, co-founder of Save Our Hospital, said, “Our mission for Save Our Hospital is to maintain a full service, acute hospital in Albert Lea, Minn., for the benefit of our citizens and our surrounding citizens.” This grassroots organization is asking Mayo to return the hospital facility to Albert Lea so they can find another company interested in providing hospital services for their residents. The Service Employees International Union (SEIU), which covers health care workers, is also supporting this community effort.

Mayo plans to move intensive care, labor and delivery, and surgery services to the Austin facility, which is more than 20-minutes away. Reduced access to timely medical care can translate into higher mortality in rural areas overall. Since 1990, maternal mortality in the United States has been increasing steadily. Today, more American women are dying of pregnancy-related complications than in any other developed country throughout the world. Rural hospitals, which are financially struggling, are less prepared for maternal emergencies today than they were two decades ago. Potentially fatal complications which are initially treatable may become lethal in the setting of fewer resources and longer travel distance when seeking care.

Mayo appears to be sacrificing a rural hospital in Albert Lea to pursue “champagne wishes and caviar dreams.” Mayo plans to invest in the Destination Medical Center Project, focused on drawing foreign visitors who will bring with them not only champagne and caviar but also open wallets. Two major projects in Rochester are currently under way — the expansion of the Mayo Civic Center to the tune of $84 million and $93 million in upgrades at Mayo’s St. Mary’s Hospital. When asked about complaints regarding the loss of services in Albert Lea while making elaborate plans in Rochester, Dr. Gostout said investments are helping to shore up Mayo’s long term survival. She denies allegations the exorbitant Destination project is related to the Albert Lea Hospital closure, stating “Growth should not be misinterpreted as easy sailing in one place, and difficulties in another.”

Reflecting on the loss of rural hospitals across the nation, my thoughts circle back to residents in Lee County, Georgia and my hometown in Kitsap County, Washington. All three groups are engaged in clashes of David and Goliath-style proportion against conglomerate hospital corporations threatening to destroy their respective health care landscapes. While they might make strange bedfellows, city and county leaders are finding common interests aligning with local unions supporting health care workers, such as the SEIU (Minnesota) and UFCW-21 (Washington State.) Together, these innovative alliances are making significant progress which may turn the tide. For some of the large hospital systems, “easy sailing” may soon look like nautical navigation during a tropical storm. While corporate headquarters is distracted with their dwindling bottom lines, betting on the underdogs seems prudent; after all, they are the ones gambling with their lives. 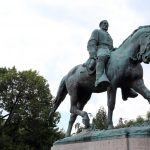 Gain time by slowing down with your patients 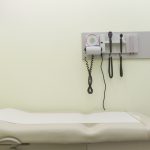