Twenty years ago, Congress made a commitment to its children when it created the Children’s Health Insurance Program, recognizing working parents who earned too much to qualify for Medicaid still couldn’t afford health insurance for their kids. For pediatricians who remember, the practice landscape was a great deal different then. So many children were uninsured that pediatric emergency rooms were filled with children who needed routine school physicals and regular immunizations. It was the worst way to provide healthcare. Our children’s hospitals were often filled with kids sickened by the absence of health insurance, unable to refill prescriptions or pay co-pays for asthma treatment.

The Children’s Health Insurance Program, or CHIP, provides health insurance coverage for parents who typically earn up to 200 percent of the Federal Poverty Level or ~$49,000 a year for a family of 4 — an income level where insurance premiums for kids are still a luxury. By the end of this month, Congress must renew that commitment and reauthorize this program.

CHIP provides 8.4 million children with comprehensive health insurance, providing not only annual check-ups, but vaccinations and dental visits. It also covers inpatient hospitalizations that can easily cost tens of thousands of dollars and bankrupt families. Implemented by states, CHIP has helped reduce the percentage of our children without health insurance to 4.8 percent — the lowest level ever. Within the income groups CHIP serves, rates of un-insurance have fallen from 2.8 percent to 6.7 percent since 1997, when the program was first created.

Being uninsured as a child is itself a social disease, limiting achievement of a child’s full potential. Children with health coverage are more likely to receive well-child care, be current with vaccinations and miss less school due to illness, resulting in higher high school graduation rates. Insured children also use costly emergency room and hospital care much less than the uninsured and grow up to be healthier adults. By reducing out-of-pocket healthcare costs, CHIP also contributes to the financial security of modest income families. As employee-sponsored insurance has become increasingly unaffordable, CHIP’s enrollment grew by 20 percent from 2008 to 2013, making renewing this program even more urgent.

Without federal action by the end of this month, states will lose CHIP funds and force 3.7 million children back to emergency rooms and intensive care units and away from the clinics that could have kept them healthy and have been their medical homes for two decades. This would be an incredibly regressive step our children can ill-afford.

CHIP enjoys widespread support because health insurance for children is extremely cost-effective. Children are the least expensive group to cover, but enjoy the longest-term benefit from quality care. One study showed insurance with CHIP reduced avoidable hospitalization for kids with chronic disease by 75 percent because children could see pediatricians regularly for care. Nationally, 80 percent of general pediatricians and 70 percent of specialists see patients in the program. Unlike in the “adult world,” these levels of access are on par with private payer insurance.

Sadly, inaction by Congress on this issue continues a tradition of indifference to the needs of children. Earlier this year, through the House of Representative’s American Health Care Act and subsequent Senate actions, Congress came within one vote of under-funding the Medicaid program. Creation of “block grants” for that program would have imperiled 40 percent of the pediatric population or ~36 million children. This, despite the fact that children make up 50 percent of the Medicaid population but incur only 20 to 25 percent of the cost.

CHIP is successful because states with high percentages of eligible children enrolled in the program are incentivized by a high rate of federal matching funds to shore up state budgets. These “maintenance of effort” provisions and “enhanced federal match rate” have helped ensure most kids who qualify for the program benefit from coverage. Acknowledging this success, the federal government’s independent evaluation of CHIP recommended renewing the program for five years. The American Academy of Pediatrics, children’s hospitals, and pediatric nursing organizations also support extending the program.

Retaining the maintenance of effort provision is essential, especially in areas like New York where the costs of operating pediatric practices and hospitals are substantially above the national average. The extra funds contributed by the federal government allow pediatricians in those communities to care for children covered by CHIP. If this part of the program is lost, then many children may be unable to see a local pediatrician. The recent Senate compromise shortchanges children by phasing out these maintenance of effort provisions. Over the next five years, these federal incentives will be phased out, forcing states to again choose which children are covered and which are not. The result will be tighter rules on eligibility and fewer covered treatments — none of which are of benefit to children.

This program pays for hearing screening and vision screening, nebulizers for asthmatics, hearing aids for deaf children and speech and physical therapy for children with special health needs. These rehabilitative services are critical to the premature infants we care for, particularly in their first few years of life. When the brain is rapidly growing, development not achieved in these formative years put these high-risk babies so far behind they can never catch up.

Congress has a choice to preserve the gains in children’s health insurance coverage made over the past 20 years or step backward towards a time when 1 in 5 children had no insurance. Congress must fully renew CHIP and continue its commitment to the health of ~8.5 million pediatric patients. 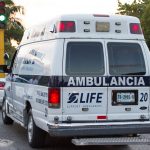 Doctors are taking the blame for the opioid epidemic. It's time to push back. 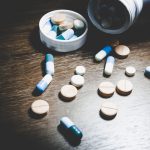