I recently asked, “Who’s to blame?” for patients not taking their medications and cited a couple of papers describing the poor state of medication adherence. I concluded nonadherence was a huge problem, and doctors failing to educate their patients was not a major cause.

To support my contention that physicians are not the reason why patients do not take their medications as ordered I submit the following new information.

A randomized clinical trial published online in JAMA Internal Medicine looked at patients who had been discharged after myocardial infarction and prescribed drugs known to decrease the incidence of future negative outcomes such as readmission for a vascular event including acute myocardial infarction, unstable angina, stroke, congestive heart failure, or death. The investigators looked at whether incentivizing patients to take their medications would have any impact on adherence.

The study protocol called for two patients in the intervention group for every one patient in the control group. The 1003 patients in the intervention cohort received electronic pillboxes for their various cardiac medications, daily lottery tickets with a 20 percent chance of a $5 payout and a 1 percent chance of a $50 payout based on medication adherence for the day before, the ability to choose a friend or family member who would be notified if the subject did not use his electronic pill bottle [which could be programmed to contact the identified individual] for two of the three previous days, access to social work resources, and a staff engagement advisor to monitor and encourage adherence.

The 506 control patients received no extra care nor did they have any further contact with those conducting the study.

“There was no statistically significant difference between arms in the prespecified primary outcome of time to first readmission for a vascular event or death.” Medication adherence also did not differ significantly between the two groups and averaged less than 50 percent.

In their discussion, the authors cited three previous papers that had found less than 50% adherence of post-MI patients to prescribed beta-blockers, antiplatelet agents, and statins.

Remember these are patients who had suffered heart attacks and were given prescriptions for medications proven to decrease the chances of having another MI or vascular event.

We now know money, fancy gadgets, interventions by others, or the specter of death will not motivate post-MI patients to take their medications.

Does anyone have any other ideas? 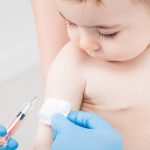 For women physicians, is there a connection between productivity and burnout? 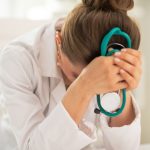