Repealing and replacing the Affordable Care Act is on indefinite life support. The political consensus was that President Trump needed to pass health care reform to be able to move forward with his legislative agenda. While this may be true, the passing of any repeal and replacement bill without fundamental reforms has little chance of long-term success, likely defining Trump’s presidency as a failure no matter how successful he is in other areas. The proposed replacement bill, the American Health care Act (AHA), offered no major changes to the fundamentals of one of the most bureaucratic, inefficient, rationed and corrupt health care delivery systems in the world.

The U.S. spends over $10,000 per capita on health care, more than twice the average of other developed countries, though consistently ranking among the least efficient in the world. Much of the excess cost is a consequence of trying to use an insurance model for routine care, which eliminates competition and consumer-driven cost controls. The U.S. far exceeds any nation in expenditures for insurance administration, where the essential means of cost control is denial of service and rationing of care via ever increasing complex treatment approval systems, resulting in spiraling costs. Insurance is designed to provide coverage for medical emergencies, not routine care. Insurance has never worked in any industry as a method of providing services that are used on a routine basis.

Both physicians and patients, Republicans and Democrats alike, agree that increased access to health care and consumer choice are two of the most important aspects of health care reform. Many feel, however, that these are essentially mutually exclusive goals-feeling that increasing patient access to care means becoming a more socialized system while increasing consumer choice requires a free-market system, sacrificing patient access. Fortunately, these are not mutually exclusive goals.

The misconception that the American health care system is a free market system and the European systems are socialized because they provide universal coverage are complete fallacies. The American health care system has less consumer choice and other free market principles than most every industrialized nation even though they are often referred to as socialized medicine. U.S.government (taxpayer) funded health care spending is the highest of any country in the amount spent per capita, as a percent of GDP and as the percent paid by government compared to
private payments. At 65 percent, it exceeds any nation, including those with universal health care programs such as the United Kingdom, Sweden, Canada and France.

Countries vary dramatically in the degree of regulation, central control, cost sharing and the function of private insurance. However, overall trends from the different health care delivery systems demonstrate that:

The U.S. system is very similar to the systems used in France and Switzerland, with both having one underlying significant difference from the U.S. — more free-market mechanisms to maintain costs, including consumer choice, price transparency, fewer regulations and consistent cost-sharing (copays of 10 to 40 percent) to discourage overuse of services. The Swiss system has been considered an ideal model of socialized medicine, but there are no government run insurance plans and no public options. It is based on a managed competition model, which is essentially the basis of the U.S. system, with a few differences. One such difference is the requirement for everyone to purchase catastrophic insurance (there is no employer contribution), but government subsidies are offered to individuals to buy coverage from private insurers.

Additionally, most Swiss purchase a health savings account, giving the Swiss more consumer control than could ever be imagined in the U.S. Due to these consumer controls of health care purchasing and consistent cost-sharing, they pay 40 percent less for a comparable level of health care to the U.S., with consumers generally being responsible for 20 percent of the cost. A review of the Swiss health care system published in JAMA concluded, “Cost control may be attributed to the Swiss consumer’s significant role in health care payments and the resulting cost transparency.”

Singapore is arguably the best health care system, ranked sixth in the world in the WHO Quality of Care and second only to Hong Kong in efficiency while paying about one-fifth of what Americans pay for health care. Often referred to as a socialized health care system because everyone is required to purchase a Health Savings Account (HSA), it is also the most free-market oriented system in the world, as patients are aware of costs and can use their HSA money to shop around for the best value for their health.

Unlike the U.S. system, the Singapore health care system promotes individual responsibility with significant incentives for patients to make health care choices that provide value while allowing market forces to improve service, increase efficiency and foster the development of patient options. Patients then purchase a high deductible insurance plan with their HSA money for significant unforeseen medical problems. The key to success of the system is the widespread use of HSAs, where consumers have ultimate control when combined with price transparency. In this country, most believe that free market competition entails having multiple insurance companies to choose from, which completely misses the entire concept of free market and will not have a significant lasting impact on health care costs.

The model that works in other countries, utilizing HSAs for routine care combined with a high deductible plan for emergency coverage, would work in the U.S. but would require market reform. Regulations would be needed that allow consumer choice, including price transparency, and prevent the grossly inflated arbitrary pricing of hospitals, laboratories and drug companies that are different depending on who is buying. Thus, requirements that those supplying the product or service post their prices and cannot charge different amounts to consumers based on insurance coverage or carrier will be needed.

In my communications with members of Congress, it seems clear that there is no incentive to reform health care and an unwillingness to take on powerful health care lobbies. One congressperson’s office responded with, “Long story short, we are screwed regardless of what legislation is passed …” This sentiment seems to be common, in that they don’t believe or see a way to successfully reform health care or are unwilling to make the necessary reforms. If Congress is willing to put the health care of the American public above their concerns about making significant change to the current system, which can be risky when seeking re-election, dramatic improvement in the health care system is possible.

A free-market system is shown to be the only reasonable method of reform that addresses the true underlying problems of the U.S. health care system and effectively lowers health care costs, allowing for universal insurance coverage for most everyone so any reasonable person — doctor, patient, Republican or Democrat — could support.

Kent Holtorf is an endocrinologist and can be reached at the Holtorf Medical Group. 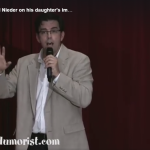 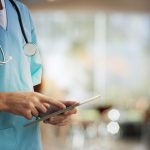