As I sit in the exam room waiting for my first patient of the afternoon, the phone rings. It rings four more times before I realize that Amanda Ringwald, our eighty-year-old receptionist, hasn’t come back from taking a rare lunch break.

I pick up the phone and say, “VA Hospital. Marianna Crane.” Oops, I’m not back at the VA anymore. “Senior Clinic,” I quickly add.

The familiar voice makes my throat tighten and my eyes water. How in God’s name did he track me down at work?

“Not good. My wife died. She died a month ago.” He sobs, and tears flood my eyes.

Eddie Foley, a frail man with thinning white hair and a perpetual smile, had been one of my favorite patients when I was a nurse practitioner at the VA. I haven’t spoken with him since I started this new job six months ago.

He’d enjoyed telling me about his wife and adult son. “They mean all the world to me,” he would say. “I don’t need no fancy vacations or new cars. I’m happy as long as I got my family.”

About two years ago, Mr. Foley, who’d been a butcher for more than fifty years, had suddenly developed swelling and redness in both hands.

“Acute arthritis,” my boss Dr. Leon Logan had said. Although this condition is common among butchers, who constantly handle cold meat, it’s unusual for it to surface so late in life.

“Let’s put him in the hospital so the rheumatology staff can figure out what’s going on and learn from him,” Dr. Logan had decided.

I’d worried that Mr. Foley might contract a hospital-acquired infection from a contaminated stethoscope or food tray, or from a health worker’s hands.

I tried to convince Dr. Logan not to send Mr. Foley to the hospital. When that didn’t work, I tried to dissuade Mr. Foley from going.

“You don’t have to be admitted,” I said. “The rheumatology doctors want to see what has happened to you, but there are textbooks they can look at, you know.”

Mr. Foley shook his head. “I’ll do anything to help Dr. Logan and the other docs,” he said emphatically. “If they can learn from me, I’ll go into the hospital.”

The battery of tests and invasive procedures that the rheumatology doctors ordered made Mr. Foley dehydrated, and he started to lose weight. After a few days, I walked into his hospital room, trying not to show my concern as I listened to his labored breathing.

He’d developed pneumonia. A plastic bag hung from a pole dripping saline and antibiotics into his skinny arm.

I sat on the side of his bed and leaned down, my mouth close to his ear. “Mr. Foley, you’d better get well. Your wife and son want you to come home.”

“You can do it,” I urged, feeling guilty. Was I cheering him on so I wouldn’t live the rest of my life with his death on my conscience? I’d let Mr. Foley down by allowing Dr. Logan to get his way with so little resistance.

I’ll never let him down like that again, I vowed.

Three days later, I was delighted to find Mr. Foley sitting up in bed reading the Chicago Tribune. The IV bag was gone.

“The doctors say I’m a walking miracle. I go home tomorrow.” And, to my elation, he did go home to his family. In the two years that followed, he never had another arthritis recurrence, and we haven’t spoken in the six months since I left the VA.

Now, as I clutch the receiver, Mr. Foley continues to sob over the phone while Mrs. Ringwald shuffles through the door.

“Your patient is here,” she says, laying the chart on my desk.

I never could get him to stop calling me doctor.

“I’m a nurse practitioner,” I would say.

“You are my doctor,” he would respond. “And my friend.”

“Mr. Foley, give me your address. I’ll come and visit you.” Imagining a smile breaking out on his face, I write down the address he gives me. I tuck the piece of paper into my skirt pocket, resolving to visit him soon.

Before calling the next patient into the exam room, I slip into the bathroom and splash cold water on my face, blotting it dry with a coarse paper towel.

A month later, as I am restocking our medical supplies, Mrs. Ringwald says, “A Michael Foley is on the phone asking to talk with you.”

I freeze, suddenly remembering the piece of paper with Mr. Foley’s address sitting in my top desk drawer. It turned out that he lived further away than I’d thought, so I kept putting off visiting him.

My office doubles as the exam room, and the geriatrician with whom I work is using it to see a patient. There is little privacy in the small clinic, so I take Mrs. Ringwald’s desk phone and drag it with me into the bathroom. I close the door.

“My father thought the world of you. So I want to let you know that he died last week. I guess he didn’t want to live without my mother.”

I slide down the wall onto the cold tile floor with the phone in my lap, unable to speak.

I never thought Mr. Foley would die before I got around to visiting him. I’ve let him down, again.

Marianna Crane is a nurse practitioner. This piece was originally published in Pulse — voices from the heart of medicine. 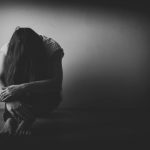 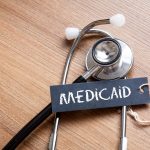