As Sen. Bernie Sanders prepares to introduce a universal health care bill in the next few weeks, many progressives who support a universal single-payer program worry about its effects on abortion access. Can we win Medicare-for-all while protecting hard-won reproductive rights? As a woman of color, a reproductive rights advocate, and graduate student of public health, I recognize the importance for marginalized groups to stand in solidarity for progress to happen. I urge single-payer advocates to push to repeal the Hyde Amendment as part of our fight for truly universal health care.

It’s no surprise that the majority of Americans support a national health program. Although the U.S. spends twice as much on health care than other industrialized nations, key health outcomes such as life expectancy and infant mortality fare much worse as compared to our international counterparts. Most of this difference in spending can be traced to our fractured, profit-based insurance industry, which wastes nearly a quarter of our health care dollars on billing, advertising, and profits, none of which contribute to quality of care. In contrast, a single-payer health program is a universal health care model that is publicly financed and covers all Americans for medically-necessary care, such as doctor visits, hospital stays, long-term care, and drugs.

Single-payer has been a long-standing progressive cause, and would seem to have no problem gaining support from all progressive groups. However, many women’s advocacy groups are hesitant to back a single-payer system because it could restrict access to abortion. The Hyde Amendment, passed in 1976 after the landmark Roe v. Wade case legalized abortion, bans all federal funding for abortion services except in the cases of rape, incest, and life endangerment to the mother. Therefore, a single-payer program could not fund abortion, unless explicitly stating that reproductive and abortion services would also be covered. Single-payer advocates should ally with women’s advocates and work to repeal the Hyde Amendment to increase support for both causes.

Progressives can learn a lot from efforts to enact single-payer programs at the state level. For example, in November 2016, Colorado lawmakers tried to enact a health care system similar to single-payer, known as ColoradoCare. However, NARAL (National Abortion and Reproductive Rights Action League) opposed the plan because it would leave more than 550,000 women without access to abortion services due to the state’s constitutional ban on funding for abortions except for life-threatening circumstances. Many women who have access to abortion services through private insurance plans would have lost this coverage under ColoradoCare. According to a statement by NARAL, the bill “is not truly universal” since it does not guarantee abortion services. Ignoring reproductive health caused ColoradoCare to lose key supporters necessary to win universal care.

The statewide single-payer legislation in New York serves as a promising model that explicitly incorporates reproductive services in the health system. The program, known as New York Health, covers all medically-necessary services that are currently covered by the state Medicaid program, including abortions. Diverse health organizations such as New York State Family Physicians and the Reproductive Health Access Project were heavily involved in crafting the bill from the start, underscoring the need for single-payer and women’s health groups to build legislation together.

In order to avoid the mistakes of ColoradoCare at both the state and national level, single-payer groups must explicitly advocate for coverage of abortion services, and work with reproductive health advocates to repeal the Hyde Amendment. While it is laudable that the single-payer advocacy organization Physicians for a National Health Program recently released a statement supporting abortion coverage, supporting causes ideologically is not enough. Reproductive health services, including abortion, must be explicitly written into any single-payer bill. If we want a universal health care system, it must be a system that covers comprehensive reproductive services as well.

Vidya Visvabharathy is a graduate student in public health with a concentration in maternal and child health epidemiology.

When medical training stresses you: Write it out 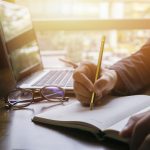 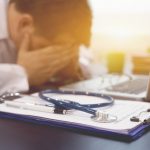 Don’t call it universal without including abortion coverage
43 comments