“Someone call for a body bag.”

These were words that I didn’t expect to hear on my final day of burn surgery at large metropolitan hospital. We had just planned on a routine burn excision and skin grafting. Our patient, Faith, was a seven-year-old girl with third-degree burns to 85 percent of her body from a house fire. We had been caring for her in the ICU for the past three weeks. She was doing well, with extubation planned in a few days. Her ten-year-old brother had also been in the house fire, with third-degree burns to 65 percent of his body. He, too, was still on the ventilator and sedated. Their father, who had run into the house to rescue them, was also hospitalized.

I was there when the three of them were life flighted to our unit. The team went from room to room performing emergency escharotomies on all three family members. All three were actively resuscitated and placed on ventilators for inhalation injuries. Over the next few weeks, we took them back to the operating room one by one for skin grafting. Faith’s mom, who had been at work when the fire occurred, walked around the ICU floor in a daze.

Faith had already undergone several surgeries for her burns. That day, we were planning on an especially intricate seven-hour skin grafting procedure. As the rest of the team excised burns on her extremities, the burn fellow and I went to work preparing the grafts. We became frustrated as the grafts were not turning out as well as hoped. We troubleshot in every way possible, not wanting to waste any donor skin for this poor girl who didn’t have any skin to spare. Eventually, we had to throw out four pieces of skin. I felt discouraged that this was how I was leaving the burn unit. I had no idea what was about to happen.

Faith’s limbs were wrapped in dressings, and we were preparing to transfer her back to the ICU. The drape covering Faith’s torso was pulled back to reveal an incredibly distended, rock hard abdomen. The attending immediately examined her. She needed an emergency exploratory laparotomy.

That’s when everything became surreal. I had never done an emergency medicine rotation. I had never seen trauma surgery. I realized that this was not the time for me to try to scrub in; I would just be in the way. People were running into the OR, yelling for equipment. The attending made the initial abdominal incision and fluid poured out. Someone yelled “starting chest compressions.” We called for a crash cart. I desperately tried to grasp what was happening. My chief yelled for me to find the burn fellow.

I sprinted out of the OR and ran to the conference room, where our burn fellow was in a meeting with another family. As soon as he saw my face, he bolted up, and we ran back to the OR. I tried to explain what was happening, but I could barely grasp it. “Her abdomen was distended. They opened her up for an ex-lap. They started CPR.” I realized that she might die, and felt my face heat up the way it does when I’m fighting back tears. She was just supposed to have skin grafting. And suddenly they were doing chest compressions.

We got back to the OR where the scene was still chaotic. Except there were even more people than when I had left. People were shouting for supplies and instruments. Her chest had been opened up. I heard the attending say she had a retroperitoneal hematoma and they couldn’t control the bleeding. And then he called time of death.

Suddenly — the OR was silent. I have never heard a silence like this. The silence was broken by a nurse calling for a body bag. My eyes welled up with tears, my face got hot. I left the OR and sought refuge in the bathroom to let some tears escape. After I regained composure, I returned to the OR, only to start crying again anytime someone asked if I was OK.

The attending went upstairs to talk to Faith’s mom. The burn fellow, residents and I stayed behind to help make her look nice, and to disguise the body bag. It was decided that we would bring her back upstairs, to where her mom knew the staff and the surroundings. We did our best to make Faith’s face look the way it had been before surgery. She still had extensive burns to her face, but we covered them with clean dressings. We placed clean white sheets and blankets on her bed, and a pillow under her head. She just looked like she was sleeping.

As a team, we tried to comprehend what happened. She had one of the best trauma surgeons in the country operating on her. No one understood what had caused the bleeding. Was it from flipping her from prone to supine during the surgery? Was it related to the femoral line placed yesterday? No one had any answers. The whole team was crying. And these were surgeons — people who stereotypically don’t show emotion. I’m not an emotional person, but my eyes just kept welling up uncontrollably.

Our thoughts turned to the rest of her family, including her brother and father that were still our patients. Both still needed additional surgeries but there was no way they were going back to the OR as previously planned.

As I left the burn unit for the last time, I called my best friend, and let the tears flow freely. I thought about how upset I was that the grafting didn’t go as well as expected, and how insignificant that seemed now. I told her about the blur of activity before and during the ex-lap and the silence afterwards. All the while the surreal words continued to ring in my head, “Somebody call for a body bag.”

Emily Gorell is a medical student. 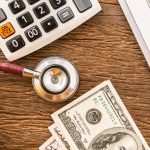 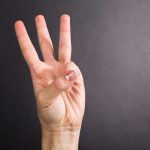