Can we slow the aging process? The answer is a definite yes. It’s not easy and requires some real diligence, but aging can be slowed.

When thinking about a car we all know “old parts were out.” It is equally true for the human body. But less appreciated is the fact that we can either slow or speed up the process, just as good preventive maintenance and careful attention can keep that car running for a long, long time, whereas abusive driving and little attention will lead to wear and tear at a fast clip.

Let’s return to the three examples of functional loss: bone strength, cognition and muscle mass and strength, each losing about 1 percent per year beginning in early adulthood.

There are a number of adverse factors that can speed up the loss of bone mineral density. Among them are chronic stress and tobacco. Protective factors include being physically active and eating a good diet throughout life. It is never too late to begin a good preventive maintenance program, so it is never too late to become physically active, to eat a more nutritious diet, deal with chronic stress and stop smoking.

Consider that slowing that process by a just quarter percent per year will have a huge impact in later life. [The graph shows a 1% decline in function beginning at age 40 and extending to age 100 (middle line) and compares it to the impact of slowing the decline to 0.75% (upper line) or speeding it up to 1,25% (bottom line.)] A reduction from 1 percent to 0.75 percent may not seem like much but consider that it is a 25% decrease. As the nearby graph shows, that reduction compounds over time, just like compound interest in an investment account. 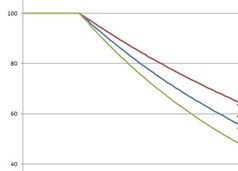 Getting off to a good start as a young adult helps as well. Encouraging our grandchildren to eat a healthy diet and exercise aggressively as children and as teenagers means starting adult life with a higher absolute level of bone mineral density from which they will then decline.

The same issues apply to cognitive aging. Challenge the brain at a young age so that by the beginning of adulthood cognitive function is at as great a peak as possible. In that way, it is at a higher level before it begins to decline over the course of adult life.

There are a number of factors that speed up the process of cognitive aging and these include vascular conditions, chronic stress and the metabolic syndrome (defined as three of these five – waist circumference over 40” for men or 35” for women, blood pressure over 130/85, HDL below 40 mg/dL, triglycerides greater than 150mg/dl, elevated blood sugar over 100mg/dl. There are also protective factors including being physically active, having good nutrition, being intellectually challenged/stimulated and being socially engaged. Physical activity, perhaps surprisingly, is very important for brain function. It won’t be a surprise that good nutrition makes a difference and there are certain foods which have been demonstrated to be of particular importance, particularly among the fruits and vegetables. Very important in older aged individuals is to remain intellectually challenged and socially engaged. Sitting in front of the television set or reading a book doesn’t constitute intellectual challenge/stimulation. Social engagement is equally important for older individuals. Those who become reclusive because of disease or frailty or because of an inability to get to locations where they can interact with others will have their cognitive aging rate increase.

Sarcopenia is the loss of muscle mass and strength that comes with aging (and some disease). It means not just less strength but also reduced metabolism, greater likelihood of falling and inability to do the general activities of daily living. Besides just for getting around, strong muscles will help protect during a fall. The combination of weak muscles and osteoporosis is a set up for a bone fracture if one falls. Of course, balance is critical as well which is slowly but surely lost with aging.

Research has also shown that mass and strength decline can be slowed considerably with exercise. Although moderate exercise is fine, adding greater intensity for short durations , known as High Intensity Interval Training (HITT) is better. For example, when riding an exercise bike in the gym, pedal at a comfortable rate for five minutes but then push it up to a maximal level for one minute and then repeat the regular rate and the faster rate, respectively, for 20 to 30 minutes. 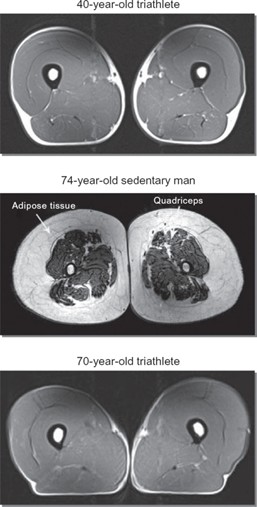 To summarize, there is a steady slow loss of physiologic function in most of our organs over time. It is possible to slow this average of 1 percent annual decline and with it the ultimate functional impairments. It is also possible to avoid or certainly delay age-prevalent diseases. Both depend on adjusting behaviors or lifestyle. We can slow physical decline with exercise, diet, reducing stress and no tobacco and cognitive decline with the same four plus intellectual challenges and social engagement.

Although it is preferable to begin at a young age, it is never too late to begin a preventive program. Investing in health is like any type of investing; it compounds over time so the best time to start is as a child or at least as a young adult. Remember, it is never too late to start; whenever you start, it pays a dividend so get started even if you are far along the path of life. We are living longer so let’s live healthier.

Of course, slowing does not equal stopping aging. And diseases still can and do occur. But slower aging and fewer chronic illnesses beats the alternative. 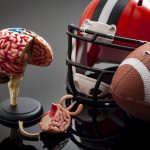 Putting down the scalpel: The aging surgeon 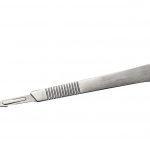 Can we slow the aging process?
2 comments