Patient psychology is increasingly recognized as an important contributor to health outcomes. What patients believe about their health and their providers can significantly affect their initiative and their adherence.

It is important to recognize that factors that appear to be unrelated to medical care can influence feelings about that care, as well as outcomes. The reason this occurs is that the brain is not designed to parse out each element of an experience and rationally consider which aspects of the experience are relevant for the decision at hand. Instead, we unconsciously integrate our assessments of different parts of an experience to simplify our overall evaluation.

Read Montague, now director of both the Human Neuroimaging Lab and the Computational Psychiatry Unit at Virginia Tech Carilion Research Institute, demonstrated this concept brilliantly over a decade ago. Read and his colleagues performed taste tests of Coke and Pepsi.

They found that when subjects were blind to the brand, there was no significant difference in the stated preference of the two drinks, nor in the neural activity displayed on an fMRI. However, when subjects knew which brand they were tasting, a dramatic preference was revealed. Subjects reported enjoying Coke more than Pepsi and demonstrated corresponding changes in brain activity. In other words, the psychological impact of the brands physiologically altered people’s experience of the drinks.

A major takeaway of this study is that — whether we realize it or not — our concept of value depends on more than the objective characteristics of what we are evaluating.

What does this mean for medicine?

What it means is that patients’ perceptions of both their health and of their physicians are influenced by nonclinical factors. Patients do not evaluate physicians strictly based on where the physicians trained or what clinical outcomes they have achieved.

Some of the influences that impact patient perception are influences that physicians view as independent of health outcomes and so perhaps spend little time considering. Recognizing the non-intuitive things that affect patients can help physicians improve patients’ experiences and even their outcomes.

Here are three things that critically affect the way your patients view you and their medical options.

1. The expectations you create. As the Montague study demonstrates, our perceptions and our brain activity depend critically on expectations, and we use clues from our environment to build those expectations in predictable ways. Placebos, for instance, work because patients expect positive results. Patients report symptom relief not only after taking placebo pills but also after undergoing placebo surgery.

Just as providing medical interventions can impact patient expectations, so too can physician attitudes. If you are enthusiastic about a treatment, for instance, you will likely raise your patient’s expectations regarding its potential effects.

Patient beliefs and expectations regarding their clinical care are also shaped by non-clinical aspects of their health care experience. For instance, patients unconsciously make assumptions about their doctors based on the appearance of both the doctor and the clinical space.

We tend to assume that more attractive people are also nicer and smarter than less attractive people, and we make the same sort of assumptions about the quality of goods and services. In his book, Predictably Irrational, behavioral economist Dan Ariely describes research showing that people perceive the same coffee as superior if it is served in an upscale ambiance.

2. The extent to which you empower. There is an abundance of evidence that suggests that feeling in control is important for our health. This desire for control may account for the fact that patients who are provided with extra information about their interventions and care subsequently experience less severe symptoms. It also helps to explain why physician-patient communication is critical. Indeed, the quality of communication not only affects patient satisfaction but also patient adherence, which directly influences outcomes.

The psychological effect of constructive physician-patient dialogue is so powerful that it can be more effective than conventional therapies. Dr. Danielle Ofri discusses a plethora of interesting examples in her insightful book What Patients Say, What Doctors Hear.

3. The way you frame things. Nobel prize winners Daniel Kahneman and Amos Tversky famously described how changing the frame of a given option — from positive to negative or vice versa — often reverses the decision maker’s choice. Though the uncertainties associated with medical interventions and outcomes make it difficult for physicians to perfectly apply this principle, Tversky went on to show the importance of framing in medicine. He showed, for example, that lung cancer patients were less likely to elect for surgery when outcomes were framed in terms of the probability of “dying” than in terms of the probability of “living.”

Describing probabilities in relative versus absolute terms also impacts the way medical risks are perceived. The oral contraception scare in the 1990s is a dramatic demonstration of this issue. In 1995, the U.K. Committee of Safety of Medicines announced that the newest generation of birth control pills doubled the risk of potentially fatal blood clots. Actually, the absolute risk of blood clots increased from only 1 in 7,000 (about a 0.01 percent likelihood) to only 2 in 7,000. (about a 0.02 percent likelihood). Nevertheless, describing the risk in relative terms led women to overestimate the likelihood that taking the pill would lead to blood clots. The result was 13,000 additional abortions the following year and what has been estimated as a $70 million cost to the National Health Service.

What are the takeaways?

Nisha Cooch is a neuroscientist who blogs at CureComms. 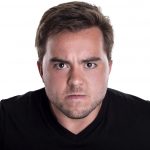 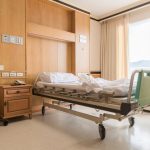