When I began my career as a physician in the late 1990s, I was relatively apolitical. Since then, as our health care system has crumbled, and as its demise (and our repeated failure to fix things) has increasingly affected my patients and my practice, I have become very political. In 2008, I began giving lectures in the community in support of a single-payer health reform model. My political leanings tend to land me in a largely single-payer crowd, and single-payer’s simplicity and non-profit ethics appeal to me. But since opening a small practice in 2009, my experiences and observations on the front lines of health care have made me question whether a single-payer system is necessarily the best way to organize our health care system.

I believe quite strongly that every American needs affordable, high-quality health care. And I don’t necessarily care how we achieve that. A single-payer system, typically defined as a model where payment for health care is organized under one non-profit government insurance program (somewhat like our current Medicare system); where individuals pay a set annual fee (in the form of a tax) that covers all health care costs and everyone is covered and has access to comprehensive care, seems like a great idea, at least on paper.

One thing is for certain. Our current multi-payer model is incapable of providing the solution we need. Recent events argue strongly that the “free market,” referring to our system of private for-profit health insurance companies, is unable to provide affordable, comprehensive health care for all. Under the Affordable Care Act (the ACA, or Obamacare), when insurance companies are prohibited from excluding sicker patients, and when they must provide a minimum comprehensive set of benefits, by their own admission, they are unable to make enough money. Multiple insurers have either left or are threatening to leave the Obamacare insurance exchanges. To remain viable, health insurance companies are raising premiums, already far too high for many Americans or restricting care. So, patients either pay too much or go without the care they need. That is not a working system.

Recognizing such weaknesses, Republican lawmakers are now proposing that insurance companies once again be allowed to exclude patients with pre-existing conditions and to sell inexpensive policies that offer minimal coverage. It seems silly to even have to argue the point, but what is the value of an inexpensive policy if it doesn’t cover the care you need? Once again, this is clearly not the answer for the nation’s health care needs.

Is a single-payer system the answer? First of all, I am not confident that, despite Obamacare’s well-known failings and the likely failure of current Republican efforts to “reform” the system, that there is enough political support to pass single-payer legislation. That is not a critique of a single-payer system, of course, but it may be the reality for the foreseeable future, and it makes the question somewhat moot.

Beyond that, the real answer is that the devil is in the details. We currently spend over $3 trillion annually on health care in the U.S., accounting for about 18 percent of the GDP, which is far too much. The only way we can hope to provide universal access to health care in the U.S. is to eliminate enough unnecessary health care expenditures from the current system to both cover the added costs of bringing millions more people into the system and at the same time, lower overall health care spending to a more sustainable level. That is a tall order no matter the approach.

The number one argument for a single-payer system is its simple design, and the reduction in administrative costs that would occur if we went from many insurance companies (our current multi-payer system), each with its own set of rules, to just one. It is an appealing notion.

What gives me pause is the fact that the federal government, responsible for administering a single-payer system, is the reason for much of the waste that exists in the American health care system today. American doctors and nurses today are held hostage by multiple layers of distracting and wasteful rules and regulations created by the federal government. It never gets better, and there is every indication, based on newer rules and regulations in the pipeline, that it will get worse.

The crazily convoluted rules that define how doctors are paid for their services were created by the federal government. Federal HIPAA regulations, intended to protect patients’ privacy, are so voluminous and complicated that compliance is impossible (or just incomprehensible). When the government got involved with electronic health records, its Meaningful Use program was so poorly conceived that it set information technology in this country back ten to twenty years.

Considering this reality, it is reasonable to question whether we would want the federal government, defined today by bureaucratic waste and administrative overkill, in control of a single-payer health care system. Without significant bureaucratic reforms, a single-payer system could in many ways be just as bad as the broken system we have today.

And in the interim period between now and the time that there might be adequate political support for a single-payer system, bureaucratic and administrative simplification needs to go forward. With it, our current health care system would be much better. Without it, any approach to reforming our health care system may be doomed to fail.

Here's how being a parent changes you as a physician 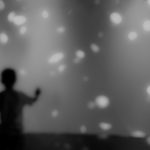 Inappropriate patient behavior is not OK 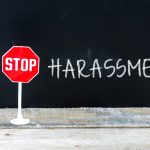 Would single payer work? The real devil is in the details.
29 comments