We cannot let the anecdote rule over us.   We don’t make sound policy if we are swayed by isolated emotional vignettes.  Of course, a vignette describes a living, breathing human being, but we must consider the greater good, the overall context and the risk of letting our hearts triumph over our heads when making general policy.  Consider these examples.

If an expensive drug treatment program keeps five addicts clean for six months, do we champion this success in asking for funding to be renewed while omitting that 400 enrolled addicts failed?

If an experimental medical treatment seems to be effective in one patient with a stubborn disease, should physicians lurch toward it leaving aside standard treatments which have been subjected to Food and Drug Administration approval and years of clinical experience?

If a high school student attends a SAT prep course and achieves a near perfect score, do we conclude that every student should enroll in this course?

It is natural to be drawn to a shiny object, but on closer review, the shine often tarnishes quickly.

Recently, we learned of an astonishing scientific breakthrough that seems utterly fantastic and futuristic, even though it has actually occurred. Scientists amended the DNA of human embryos to correct a mutation – a genetic defect – that causes a very serious medical disease.   This suggests that with additional research and testing that embryos who otherwise might be destined for misery could be rescued.

We will hear heartwarming and breathtaking anecdotes that, if considered in isolation, will generate excitement and support.

Would you argue against the following headlines?

As is always the case, there will be ethical mission creep, despite the usual bromides that “scientists and research institutions will conform to the highest ethical standards.”   The fact that there is a fortune to be made in the genetics industry can be expected to alter the direction of our ethical compass.  And, while the initial rollout will be discussing how genetic intervention can reverse the course of devastating and fatal diseases, does anyone believe it will stop there?  Once the concept has been normalized, other medical conditions will be targeted.   The creep will be inexorable.  Boundaries will be shattered.

Who doesn’t want a perfect child?  Over time, how will all of us regard the disabled community or even folks of average intellect and ability?  Will a disabled person be defined as anyone who is imperfect?

Beyond medical mission creep, I believe there is a very serious risk that genetic engineering will be used to achieve non-medical results.

Imagine that you are new parents.  If medical science could perform a procedure that would add 20 IQ points to your child, would you pursue it?  Would you submit to a minor DNA tinker that would produce an excellent athlete or a musician?  See where I’m going with this?

Are you really ready for the curtain to rise on the genetic engineering show?  I’m not.  To me, all this sounds like coming attractions of a horror show. 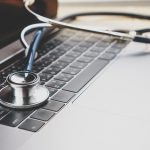 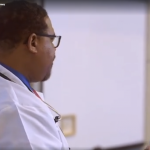