It was an ordinary day in clinic — I had gotten very behind schedule when a 90-year-old gentleman, who was in for his third visit in a month related to falls, came in with his equally frail wife. We had to spend extra time discussing his placement in a nursing home for safety concerns.

I hastily entered the room of a 46-year-old attractive female, who was here to meet me as her new doctor. As I went through her medical history, a pervasive theme emerged, which was anxiety and insomnia. I realized I was zoning out, going through the motions and thinking if I had a nickel for every anxious and non-sleeping perimenopausal woman I saw, I could retire — though I was less than a year into private practice. I started thinking about what I would frantically make for dinner for my family when I got home at 6:30 p.m. — lamenting that I hadn’t taken the time the night before to put something in the crock-pot. I was also wondering if it was going to rain that evening, or would I have time for a quick jog before I sat down to the hours of charting I had ahead of me. I also found myself glancing at the clock and wondering just how far behind I really was. As the obligatory medical, social and family history part of this new patient encounter was completed, and I started to move to examine her, she mentioned that one of her daughter’s favorite games was to play “doctor” with her fake stethoscope. I snapped out of my daze, asking her how old her daughter was.

I smiled and said this was the same age as my daughter. She now had my attention. I asked what other things her daughter likes to do.

I paused, trying to remember if this patient had already told me why one of her children was not living at home. I came up with nothing useful so asked, “What do you mean?”

The patient hesitated, it seemed in a moment to decide how much she wanted to reveal, but then sighed, and said “My older daughter is adopted from China. I got married relatively late in life, but we knew we wanted children. It took us two years to get her, but she’s filled us with joy since the day we brought her home. We started the process of a second adoption when Pearl was two. There is such a long waiting list, and we were told it could take up to 5 years. So we put in an application for a baby with a birth defect. The Chinese will often give up babies who are born with any abnormality, minor though it may be, because of population restrictions and in hopes they will have another child without any defects.”

I was transfixed, the physical exam component now on hold.

She continued, sensing I wanted to hear more, “After only three months on this list, we were given a picture of our baby girl. She was six months old at the time and had been born with a hole in her heart. It’s a minor condition, really, easily fixed with surgery, but because of the country’s rules, she can’t be adopted officially until it’s fixed.”

I assumed she had an ASD, a relatively common problem, and as the patient mentioned, easily repaired with a minimally-invasive surgery in infancy, then the child can live a normal life. To my surprise, her voice cracked and she paused again.

“We went there to see her a year ago, and we took Pearl with us. We had hopes the surgery would be done at that time, and we could take her home. We named her Ruby. Pearl picked her name because she wanted her sister to be named after a gemstone too.”

She continued, “That was a year ago. The surgery has been put on hold indefinitely because of some governmental hold-up. I held my little baby girl, introduced her to her sister and daddy, fell impossibly in love with her and had to give her back to the handler at the orphanage.”

The blood drained from my face, and I felt lightheaded.

“The orphanage has been really great with the whole thing, they send us pictures of Ruby, now almost two, and status updates on when she started walking and babbling her first words. My husband and I try to stay positive around Pearl, and encourage her to talk about her sister and make her pictures to send. But I haven’t slept in months, knowing my child is there, growing up without a mommy. ”

She looked up from her hands, where her gaze had been focused, and stopped abruptly. Tears were streaming down my face, and I came to realize they had been, for the last five minutes. I was crying for that little baby, and for the big sister, for these adoring parents, and for lost time. A childhood spent watching as if through a looking glass.

Our eyes met, and then there was a pause that seemed to last an eternity. My patient, this woman who I had literally just met, stood up, walked across the room, and embraced me. At that moment, I was the patient, and she was the doctor. She was teaching me about her anxiety and insomnia, and I had almost missed it.

I don’t remember the rest of that appointment or even the rest of that day. What I do remember is the way I felt when she embraced me. Warm. Comforted. And a total and complete connection, a sense of understanding that only two mothers can share. The role reversal caught me off guard, and I often think back to this experience, and what I would have missed if the description of her daughters hadn’t brought me mentally back into that room. There are no words to describe this kind of human connection. You just have to be present and hope that you don’t miss it.

15 tips for working with women 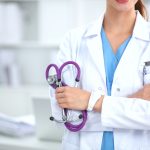 9 reasons the "golden age of medicine" was golden 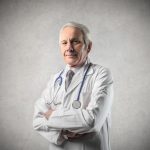 A patient becomes the teacher
1 comments