This is a tough post to write. I struggle with this issue daily. Is it OK for a physician to retire early? The obvious answer is: yes. Each individual should live their life as they see fit. But with a continued shortage of physicians (granted this is more in rural areas and not big metropolitan cities), and the time, money and resources required for training physicians, is it selfish to quit early. Should we be working until 65?

Here are some doctor downsides:

If I look back at my career (albeit a short one thus far), it is rare to see a physician retire in their 40s. Most of us don’t start working until we are 30 at the earliest. And some, such as neurosurgeons or other subspecialties, may be in their mid 30s. By then, to retire in your 30’s after all those years of work would be near impossible.

I think the youngest I have ever heard is 55 years old, and those guys are mavericks. They think outside the box and save aggressively so they can get out. Forget about retiring at 45 (though I think Physician on Fire is seriously contemplating it; and if you saved 75 percent of your income starting at 35 years old it could be possible to retire in you 40’s). So why may it not be OK to retire at a young age as a physician? Here are the most common arguments I hear.

The thinking is that we should at least work for as long as we trained (a 1:1 ratio) or more likely two or three times as long. We put in the effort and might as well see it through. The sunk cost fallacy that the amount of time or money into something should dictate what we do with it later. The time we have put into preparing for this career should not dictate how long we do it. When most of us started, we were 22 years old, bushy tailed and bright eyed, straight out of college. Think about how different of a person we are now than when we were 22. Most of us, I would suspect, are completely different and maybe would not choose medicine as a career. So don’t buy into the sunk-cost fallacy.

You owe it to society

This idea may have more meat on the bones than the prior. True, we do owe some of our skills to the public. They, in fact, subsidized our training in residency and fellowship. Additionally, there is a shortage of physicians (again, this is mostly in rural settings), and we have a very defined and useful skill set. So maybe we do owe it to society, but I would argue we only owe as much as we can give.

If you are burnt out and ready to work part-time or retire, then feel free to take the plunge into early retirement. We are not doing anyone a service by providing care when stressed, tired, and uninterested in being at work. On the other side, if there ever is a doomsday scenario, our skills will become handy. As the “Walking Dead” showed us, a psychiatrist can become a surgeon when needed. Any survival group will be happy to take on a doctor or two.

Think of all the money you can make

This is true for any career, but doctors are paid well and the longer you work the posher the lifestyle. I think most people reading financial blogs know that this is not the right mindset.

You should suck it up and work to attain financial freedom and then work, as you desire, whether it is part time, doing locums, or taking on a completely new job.

I agree! It takes a few years becoming good as an attending physician. The first few years we gain confidence in our knowledge and learn what we don’t know. Then the next five to fifteen years (35-50 years old) we are likely at our peak for knowledge and patient care. So why quit when at the peak?

Once again, it is each person’s prerogative. Maybe 50 should be the age where we retire, or if you want, stick it out another 10 years. To each their own.

As for me, I do enjoy my job. There are days that are amazing and days that are difficult. I try to be grateful each day that I can help others and not sweat the small stuff. What do you think? Is it wrong for doctors to retire early? 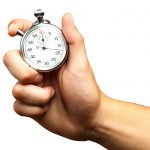 PTSD can happen at the end of life 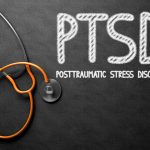 Is it OK for a physician to retire early?
21 comments