“I think my friend has attempted suicide” an 11-year-old child haltingly admitted after I introduced myself as a crisis counselor with a national hotline and asked how I could help.*  Over the next half hour I learned that this child and her friend had been facing ongoing cyber- and face-to-face bullying at school that was such a common occurrence the caller sounded nonchalant. The caller’s friend, however, had already attempted suicide at least twice in her young 12 years of life. In the middle of our call, my caller received a text from her friend saying that she was okay, had been in a fight with her family and fallen asleep, and would meet her at school shortly. According the 11-year-old, her friend had never been found out in her past attempts, and I was the first adult to learn of them.

Before taking calls like this from people all over the country, I practiced as a member of multiple interdisciplinary health care teams and distinctly remember the dismay in the medical providers’ eyes when they came into my office for a consult after finding what appeared to be self-inflicted cuts on a child’s body during a routine exam. The story was always some frustrating variation on a poker-faced youngster unwilling to talk about how those wounds had gotten there, and I learned that it is often difficult to determine if superficial wounds are self-harming or evidence of an experiment or gesture towards suicide. One of the things we often learned together in collaborating on how to connect better with these troubled youth was that no matter how much we know the correct questions to ask, teenagers can be especially tricky in assessing and treating suicidality. We would often ponder creative questions to bridge our own imposing adult presence with the history of the teen in question with the hopes of relating to him or her in a way that allowed them to open up.

Lately, I have noticed some heated debate and controversy on social media around a recently released Netflix series, 13 Reasons Why, a teen drama on suicide and wondered how my exam room colleagues have been fairing with this new hot topic and their hard to assess teens. I was surprised that some of the most outspoken against the show have included health care professionals and educators demanding that the show be retracted for endangering teens lives. The argument is that the show’s narrative on suicide romanticizes the act and conveys a helplessness and even a sense of destiny in the main character’ suicide. While there is evidence that knowing someone who completed suicide increases risk for those who survive them, it is also true that suppressing and ignoring conversations about suicide can increase stigma around getting help. It is an all too prevalent myth that talking about suicide with someone who is depressed can increase the chances of them ending their life.

Right before my anonymous 11-year-old caller hung up, I learned that she had also recently been contemplating suicide and had almost swallowed a bottle of “pain killers” the week before. Ironically, she brought up 13 reasons Why as part of what had prevented her from overdosing (“I hadn’t finished all the episodes yet!”). In addition, contrary to the widespread criticism that the show was causing harm, it was giving kids at her school a common story to vent around their own experience of suicidal thoughts and bullying. While it didn’t feel like I could do enough to support this young person in one phone call or in any real way protect her from the pervasively stressful social environment she was describing, I knew our conversation and this hotline she had called was a new resource that my caller was now confident about using again in the future if needed.

While I am familiar with the statistics behind the outspoken professionals’ concern for spreading the wrong message to teens, and I empathize with their fears about normalizing or romanticizing suicide, I wonder if part of what’s missing here is that we have forgotten or neglected to listen to the conversations teens were already having before this show was released. From within my own social media community, I have seen a variety of comments by health care professionals at every level judging the show as “sickening” and “glorifying suicide” while they also admit that they weren’t able to watch the show to the end. This means they missed the part where there is a half hour discussion by the actors about what it was like to play the characters, and the strong message repeatedly emphasized on the importance of not being alone if one is thinking of ending their life and options for support.

Most importantly, without watching this show to the very end, there is no way they can understand the message beneath this series, which, by the way, the teens I’ve spoken with on suicide hotlines seem to be getting loud and clear! The story is not about the young woman who killed herself. The beginning and end are about the evolution of the bystander from watching to doing, and also hints at what I believe is the responsibility we all hold as a community when someone in it chooses to end their life. As the proverb goes, it takes a village to raise a child, and I would add, it also takes a village to destroy one.

I, for one, was impressed in many ways with the heart and honesty of this show. It’s not perfect by any means, however, I believe the show is very real in terms of what most youth are facing in schools today, and according to multiple teens calling the hotlines I serve, has allowed and encouraged those who have never called suicide hotlines before to reach out on behalf of themselves and their friends.

So, my invitation is that instead of attempting to ban this show out of protective beliefs that teens cannot handle watching it without going off and ending their own lives, consider that it might be keeping them alive by creating a new dialogue around a sensitive and easy to avoid subject that connects us all to a much bigger problem than one youth, classroom, school, or community has alone! Instead of saying first what you as a health care professional believe about suicide, try asking the young person in front of you what they believe first. I consistently find that many young people have given this topic much more thought than you or I ever had too when we were their age. There is wisdom and resiliency in their persistence to keep breathing and trying again each day when faced with such polarized misery inflicted by and through their peers. Beyond practicing and knowing the basics of suicide risk assessment for adolescents, keep the following in mind when you are in front of them:

To summarize what I hope you will take away from this post is to trust your instincts when speaking with these stressed out youngsters and above all stay curious.

*Details of this story have been changed to protect the identity of the caller and come from a variety of calls and encounters I’ve had as a mental health care professional.

Ruth Diaz is a psychologist and founder, Returning to Compassion. 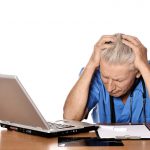 What inspires this physician to help others? 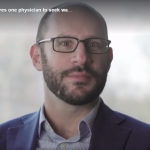