There is a feeling that you get when you’re out at a dinner party standing and smiling at strangers as they walk by you — a temptation to rest on the “wow” factor of your medical training. Partly because peacocking is inherent to social events such as these, but partly because you fear that you’re inherently boring to people outside your field. The surest way, you think, is to announce that you’re in medicine and bask in the raised eye-brows and approving nods that previously alluded you in smaller talk.

“Oh, what kind?” The inevitable next question, and soon you own the conversation that was minutes before centered around local spin classes. Now, you think, your relevance and worth is known.

It’s a terrible feeling to have to do this. Countless articles have already been written about the isolating feeling the medical profession has on their staff and care givers. Very few people outside of medicine understand the rigors and small accomplishments that make this line of work more than just a nine-to-five. To the other people at this event, it’s just another evening out with friends, but for you, it’s the rare social event; the one you’ve rearranged call schedule for, the first time you’ve worn clothes that aren’t clinic appropriate. This is your one night off in nearly two weeks.

The thing about labeling yourself a health care provider is that you’ve ensured that the hospital never leaves you — effectively imprisoning yourself with your own title. You become a purveyor of health information and a gate-keeper to scandalous stories of patients-past. The health and misery of other people is great gossip to strangers, and insecurity drives you to indulge, but very quickly you feel protective of those patients you now parade. So, you learn with time to stand quietly and smile.

If you’re like me, an early trainee with many friends outside of the medical field, your text messages, emails, and social media are inundated with updates on the hobbies, travels, and petty gripes your friends encounter daily; things you no longer have the luxury of participating in, and things which seem so small given the weight of your daily demands.

I recently went through a period where I deeply resented receiving these updates. Rolling my eyes as I read a snarky email exchange between two young professionals who were weighing the superiority of sailing vs. rowing classes. Praying for a lobotomy while listening to several friends complain about the misery of attending an earlier gym class with a different, and therefore inherently inferior, instructor to the one they normally see. Worse yet was after a failed code, I returned to 100 unread texts centered around a friend who was complaining about her co-worker’s bad haircut. If they only knew, I thought, they would be ashamed of what they take for granted.

But it’s I who should be ashamed. Yes, medicine is draining, it can be all-demanding and literally life or death, but who am I to begrudge other people for living their lives? For having the desire to confide in me? This attitude of being frustrated with petty and small things is actually a reflection of my own priorities. My work, I believed, was inherently superior and anything that interfered had grave consequences for my patients, which meant I myself could not afford to engage in life outside of medicine.

If you asked me, I’d say “But of course extracurriculars are important!” — but I rarely pursued them. I could barely entertain the mention of them, and I had nothing to offer in the way of conversation except mild disdain. Hobbies? Gym? Self-care? Those are petty and small. Who has time to be selfish except for the inherently selfish? No one is as selfless as I am, screamed the fool within. But the inclination to rest on my profession in moments of insecurity was, in fact, an act of highest vanity. It’s as if I was saying, “I can’t weigh in on this particular topic because what I do is so important — let’s talk about what I do instead.”

Once I noticed the imbalance, I was shocked to find that it didn’t just affect my small talk, it was inundating every part of my life. I was a terrible human to resent my friends for having hobbies. In fact, I was jealous that they could carve out time to pursue things that I believed I couldn’t achieve until retirement. Truly, I should feel lucky to have the support network of pals who want to gripe and vent in my general direction.

Later, I discovered that they were trying to get me to open up about my own day, something I avoided doing because it was too somber, too intense for the light conversation at hand. Now, I challenge myself to leave my title at the hospital. It’s very humbling to realize that outside of my work, I’m actually an underdeveloped person. How scary to think that I was excusing my absence in my own life by my own perceived importance. Now at dinner parties, I fight the urge to make myself seem more interesting by revealing my work. Instead, I work to seem more interested, and I find that I am more present now than I ever have been. 10/10 would recommend.

Shirley Nah is a medical student.

Why a pediatrician does what he does: Lessons from Caleb 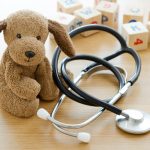 This doctor sings to her patients. And the results are beautiful. 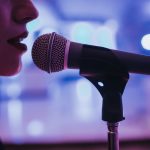