Advocacy groups have been busy lately with their fancy-pants chemical detection science instruments, and their press releases have made it into the news. But is there news here, and are these chemicals something parents really need to worry about?

First it was a big lead from the New York Times called “The Chemicals in your Mac and Cheese.” The article started:

Potentially harmful chemicals that were banned from children’s teething rings and rubber duck toys a decade ago may still be present in high concentrations in your child’s favorite meal: macaroni and cheese mixes made with powdered cheese.

Oh no, not high levels! The chemicals they’re talking about are from a family called “phthalates,” which sounds scary and difficult-to-pronounce. (Words shouldn’t start with four consonants. On this, we should all agree.) Phthalates have been in wide use for over 80 years in plastics and other compounds. Though they’re not added to cheese, they’re on the coatings of tubes and platforms and whatever else is used in the machinery to make Magic Orange Cheese Powder. Foods with a high surface area (like a powder) are going to come in more contact with it, and a teeny bit of a trace of a few molecules are going to transfer over.

Important point: These chemicals have been in our food for many, many years. What’s changed is that we’ve now got fancy equipment to measure it. The Times story is quoting a kind of press release — not a medical study, or even anything published in the medical journal. It’s a “study” done by a consortium of food advocacy groups. It’s being promoted by an organization called KleanUpKraft.Org” (Cutesy misspellings are at least as bad as starting words with four consonants, K?) And their “high levels” are in tiny parts per billion, at levels that are very low compared to amounts that cause adverse effects in animal studies.

Just because you can detect a chemical as present doesn’t mean there’s enough of it to hurt you. Mercury and arsenic are part of the natural world around us, and any food tested with equipment that’s sensitive enough will find at least traces of these and many other chemicals. It is not possible to get the values of phthalates or arsenic or many other chemicals down to zero in our foods.

Speaking of chemicals, this week another food advocacy organization announced that they’d found traces of an herbicide (glyphosate, found in Roundup) in Ben & Jerry’s Ice Cream. And in every flavor tested, too, except cherry garcia, which is kind of nasty-tasting anyway (I’m sticking with chunky monkey, which wasn’t even tested.) But: their press release didn’t even reveal the levels that they found, only that they found it. Maybe it was one part in a zillion. Who knows? But: Do you think if the value were genuinely high they’d hide it like this? No way. It’s there in some kind of teeny amount, and they’re trying to scare you.

Don’t fall for all of this “The Sky is Falling, There’s Chemicals in My Food” hype. Just because something is hard to pronounce doesn’t make it dangerous, and just because something is present doesn’t mean it’s going to kill you. We’ve all got enough to worry about without being scared of Mac and Cheese and Ice Cream. In fact, a little comfort food in these troubled times would probably be good for all of us. Maybe even the grumps at KleanUpKraft.org.

By the way, I don’t disagree with one thing — homemade mac ‘n cheese is at least as good as that boxed orange stuff. Though sometimes, I won’t deny it, the orange stuff sure does hit the spot.

A single-payer system is the American way 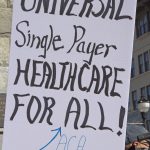 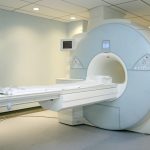