Last week a physician friend recommended watching the movie the Big Short. The description given to me was that it was a great movie that was all about a bunch of guys who saw the 2008 financial crisis coming. Sure enough, that very weekend, I planned a night in to get take out and watch it on Netflix.

And it sure didn’t disappoint. Starring Ryan Gosling, Steve Carrell, Christian Bale, and a whole load of other A-list celebrities in cameo roles, the movie also manages to explain in layman terms what exactly was behind the Great Recession, and the role of unchecked greed in the financial sector in bringing down the world economy. (By the way, anybody who doesn’t think there’s any need for the federal government and strict laws to regulate the financial industry, needs to watch that movie.)

I couldn’t help but wonder how more people didn’t see the crash coming. As most of us know, it all started with the subprime mortgage crisis. I thought back to the time immediately before then. I’ve always remembered an experience I had back in 2006, when I was a year into my medical residency. I was living in Baltimore and was curious to see if buying a house would be within my reach. I went out to view some houses, and then sat down with a mortgage lender.

After only a few minutes, they confidently stated that I would qualify for a significant mortgage loan. I can’t recall the exact number, but I do remember my jaw dropping, because it was around 10 to 15 times my modest resident salary with almost zero down! Fortunately, my parents have brought me up to be very responsible with money, so there was no way I would have taken on such a huge loan. I politely excused myself from any further discussion. Over the next few weeks, I kept getting calls from the lender enticing me to take the loan. I had also filled out some type of online form relating to getting a mortgage, and was getting bombarded with other phone calls offering me more of these preposterous loans. No down payment, no income verification, minimal credit checks. (I hardly had any credit at that time in the USA anyway!)

When I think back to what was clearly happening in the financial industry around that time, how did more astute people not predict the impending crisis? Most of us were in a collective trance it seems.

By the time I was ready to buy my first house a few years later, I was living in central Massachusetts. I was an attending by now, and it was 2009. I was living in an area which had suffered a significant downturn in the housing market, and managed to get what I thought was an excellent deal. Despite the purchase not bursting the bank by any means, it was fascinating to see how all the rules had changed from only a few years before. Mortgage lenders had done a complete 180. They wanted proof of absolutely everything: income, credit history, bank statements, even letters from employers! Gosh, how the world was different from three years earlier.

Anyway, this being primarily a health care blog, I suppose I should get back to how this all relates to my thoughts on health care and whether we are currently in some type of financial “health care bubble.” Could we also all be in a collective trance and missing something important about what’s about to happen?

Consider this: Health care spending in the U.S. is over $3.2 trillion annually. This represents around 18 percent of the economy. This shows no signs of slowing down, and some projections suggest over one-third of entire GDP will be spent on health care in about 30 years! A clearly unsustainable figure, that would destroy the American economy. Factors contributing to this unabating statistic include an aging population, expensive new treatments, and generally higher expectations from a society that have got used to soaring standards in health care.

So if there is a bubble about to burst, what are the potential waves of the future? Some of them could include:

1. The explosion of direct primary care and concierge medicine. This is already booming all over the country, as outlined in this recent Forbes article. An option that is attractive to physicians because it eliminates the insurers and regulators, and makes health care between the doctor and patient again. The big challenge is going to be making this an affordable option for more of the population. Perhaps more bespoke insurance coverage plans are on the way, designed by physician groups of all specialties?

2. Some type of single-payer system that accepts rationing. This may be the ultimate, inevitable direction we are heading in (shock horror from those on the right!), and will be tailored in a uniquely American way. It could result in an accepted two-tiered system of non-emergency care (some would argue we already have this anyway) and people would accept that if they go this route, they would have government-restricted choice over physicians and accept rationing and imposed limits on things such as end-of-life care, to significantly reduce health care costs. For the probable majority of the population that wouldn’t accept this option, they would still have their choice of insurer and perhaps receive tax-incentives for buying their own insurance (a system like Australia).

3. Eliminating bureaucracy and administration. Bureaucracy in U.S. health care costs hundreds of billions of dollars every year, a far higher percentage than any other developed country. Many people argue that for-profit corporations and health care are incompatible on many different levels. Central to this argument is the theory that non-clinical administrators should not be in positions of high power in health care. Evidence is already suggesting that the best health care organizations are managed by physicians. We are already seeing an exponential increase in the number of physicians, nurses and other health care professionals such as physical therapists, getting MBA degrees and taking leadership positions that were once the exclusive right of business professionals only. Perhaps a wave of clinically trained administrators is on the way, people who will better reconcile the need to balance the bottom line with the delivery of good health care?

Whatever happens in the future, big change is likely over the next couple of decades, because the current system not only fails so many patients, but is not sustainable from a financial point of view. Hospitals, clinics, and doctors will always be needed — we aren’t going anywhere. But how we deliver health care is about to change. Congress may be paralyzed at the moment, but something is going to give in the end. It’s a bubble that can’t be ignored for too long. 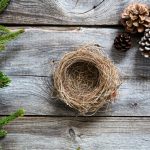 A day in the life of an OB/GYN chief resident 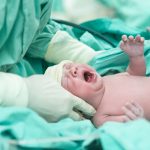 The Big Short in health care: What happens after the bubble bursts
2 comments