This April, my turn to take the medical board exam rolled back around, necessary every ten years for maintenance of certification. I studied diligently for the better part of three months preceding the test (and I think I did well). It was actually pleasurable to go back over details that I had forgotten and to catch up on newer developments in the field. I realized that I don’t do nearly as much studying, or reading the medical literature as I once did. I used to read an article or two and browse the general medical literature for updates on a daily basis. But my priorities have changed over the last few years.

Now, instead my staff and I spend our time fighting through the incredible sea of silly red tape necessary to get paid and to get our patients even basic care. Here are the highlights from just this last week:

Friday night, I got a message from a type 1 diabetic patient that he was running out of his Lantus insulin. He has been on Lantus for years, and of course, needs it to survive. I spoke to my nurse, who informed me that the prescription was held up in prior authorization. The patient’s insurance recently informed him that Lantus was no longer a preferred medication on his formulary. Apparently, despite using this vital treatment successfully for many years, we now need to make the case that he has failed with Lantus to justify approval of Levemir insulin, which is now the approved insulin. We’ve learned not to obsess about things like the fact that he hasn’t failed Lantus. This is just what we have to do to keep patients like this alive in the current bizarre system.

As annoying and time-consuming as all that seems, it all takes a back seat to our recent problems trying to just get paid for patient appointments. We recently began receiving rejections for claims on Medicare patients’ secondary claims from one of our payers (I don’t use the name because, if I did, I think getting paid could get even more difficult). We have been successfully getting paid for these types of claims by this insurer for many years. All of a sudden, they are being denied.

The funny thing is that the average claim amount that is being denied is about $12. At the moment, there are twenty-five claims that we are unable to get paid. So, that’s about $300 we’re fighting for. That amount isn’t going to break us. But the amount of time that we spend trying to work around such idiotic issues may.

When I was in training, I frequently heard that doctors weren’t good at managing their practices. At that time, in the late 1990s, because of this notion, a trickle of doctors began to leave private practice to go work for larger entities, employers who would enable them to “just practice medicine,” and not have to worry about such things. Since then, the trickle has become a flood. Doctors now work for administrators who are necessary because administering health care, getting past the prior authorizations and getting paid for simple appointments, has become unbelievably and pointlessly complicated. But wouldn’t it be better, and wouldn’t we be able to “just practice medicine” without these administrators and without having to leave our practices, if instead we got rid of these idiotic prior authorizations and pointless barriers to getting paid? 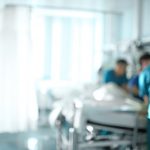 10 ways for doctors to think outside of the box 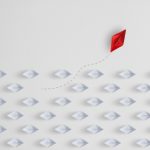 Pre-authorization is hell. Here’s why.
33 comments