Entering the dimly light room, I could hear soft music playing in the background. The laboring room was so peaceful, it was hard to believe the patient in the bed was in active labor. But once up close, you could hear her breathing become deeper and louder every three or four minutes as she rode the wave of another contraction. Her husband was by her side, breathing with her, toweling off her face, giving her ice chips.

Her pregnancy had been uneventful. The couple had opted for minimal testing during the pregnancy and didn’t want to know the sex of their baby at her five-month ultrasound. As a second-year resident, I was meeting this couple for the first time when she arrived in labor. I was wooed into their warm, peaceful laboring room and made sure, despite a busy labor and delivery unit, I was present for the delivery. As a resident, we couldn’t attend every delivery since we covered the entire labor and delivery unit. She was as calm and focused when she started pushing as she was in labor. Even though this was her first baby, she pushed like she had done it before and the baby moved rapidly down the birth canal. As the head started crowning, we all excitedly started guessing the sex of the baby. The patient had dreamt several times it was a boy, the husband “just knew” it was a girl. The rest of us were wildly guessing, with no justification for our prediction.

With one last big push, the head delivered, and after suctioning the mouth and nose, the rest of the baby followed quickly. We had to untangle the cord wrapped around the baby before we could see between the wildly kicking legs. Her doctor started to say “It’s a …, “ then silence. We looked at each other in shock. We couldn’t tell if it was a boy or a girl. The genitalia were ambiguous – either the penis was unusually small or the clitoris unusually large. Her doctor finally spoke, slowly explaining the problem.

I had all but forgotten about this patient when gender issues landed on my doorstep in my own teenage child. My oldest, at 14, was questioning her gender as well as the gender norms society had chosen. She wanted to be able to choose whether she was male or female, not necessarily accept what her genetics gave her or what social norms dictated. And thus, I began the journey with my child about the complexities of gender.

In 9th grade, my violinist daughter joined a community orchestra that met on Thursday nights. It was a 30-minute drive each way, and in the dark car, sitting side by side, my daughter was talkative. I looked forward to these drives alone with her and our new intimacy. On one of these nights, she began talking about her friends’ discussion of gender and sexuality. When I was 14, I couldn’t even fathom a discussion like this, so I was surprised and intrigued.

“Abby thinks she is gay and may be a boy. She wants us to call her Ace. Karen thinks she likes boys, but she isn’t sure.” She went on and on, describing each person in her group of friends. “What about you?” I asked after she was quiet for a moment. “I’m aromantic,” she responded matter of factly. And I’m thinking, “Great, I don’t have to worry about birth control for a while.”

As the year went by though, she was struggling in many ways. Her weight, always having been on the “healthy” size, was now increasing rapidly. I tried many interventions which just resulted in more weight gain. Then her straight As were trending to Bs and even a C. It was the first year of high school, but still, I was alarmed. I tried to be patient with her and then I became impatient with her. Neither approach worked. She became more withdrawn and sullen, and I became more scared the less she seemed to care. Talking to her was difficult — she would shut down as soon as I questioned her about school or her weight.

Then one day, I found a large ACE bandage in her room — it hit me hard because then I remembered a brief conversation we had that I should not have blown off. It was in the morning, I was getting ready for work, she for school and it was the usual morning rush.

“What? No! You want to talk about this now?” And, unfortunately, I never got back to her about the topic so she took it into her own hands.

I knew I needed some outside help for support and guidance and so did my daughter. The school year ended, and with summer, the immediacy of finding that help waned. My old light-hearted daughter seemed to be back without the pressures of school. That is until she went up north with a friend and her family.

It started with “I’m agender. I want you to use “they” or “them” pronouns for me.” And thus began a three-hour long texting conversation about her gender and her feelings of not fitting in the binary system of male and female. This seemed like an odd way to have such a serious discussion, but I realized she felt texting was a safe way to confide in me. Now her struggles with weight, school and isolating herself of late made more sense. And so we began the gender journey.

When she returned from her trip, we had some awkward but honest talks. The car always lent itself to the most revealing discussions. Admittedly, I was confused and unsure about what her gender issues were. “Just be the gender you are,” I thought, “simple.” When my daughter was preparing for her bat mitzvah, a time when a Jew is considered an adult, she would repeatedly say “I just want to be a kid and never grow up.” So my sense was more that she didn’t want to be a woman, not that she wasn’t a woman. And I saw her weight gain as trying to mask her body’s womanly changes.

I finally found a therapist who had experience with teens and LGBT issues. My daughter had no reservations about seeing a therapist and was immediately swept in with the therapist’s beautiful British accent and warm demeanor. Over time, she taught my daughter a vocabulary for her emotions so she could express herself more clearly and taught her how to not shut down in the heat of emotions. In the midst of one of our arguments, my daughter walked out of the room, paused, turned around and said, “ I didn’t like what you said, and I don’t know how to respond at the moment.” The therapy was working!

The journey down the yellow brick road included many bumps and detours, but I held her hand through it all. Along the way, she had all her lovely, thick hair cut off, started wearing men’s clothes and a breast binder. Incredulously, I stood outside the men’s dressing room at Kohl’s, praying no one else would walk in, all the while knowing I had to let her figure this out for herself. When she didn’t feel comfortable using either gender bathroom at school, she took the initiative to speak to the principal about unisex bathrooms. And then finally, on her 16th birthday, just before we got together with some of her friends, she said, “They all call me Eli now.” She had made the decision she wanted to be a he, that he felt more male than female. I knew now, to fully respect who he was, I also had to transition and start using male pronouns.

He is now 17 and soon will be moving away to attend college. With this transition, he has recently brought up the idea of “T,” testosterone. To me, this is the biggest and scariest step of all. I find it even more invasive than surgery. But doesn’t he have to take this step to know for sure? As I see him light up talking about starting T, developing a deeper voice and facial hair, looking in the mirror and seeing a man reflecting back, I grapple with accepting the finality of these decisions and irreversible changes testosterone will bring. But I continue to ride the waves with him as he becomes more and more outspoken about gender issues, LGBT rights, and trying to right himself in school to improve his grades.

What it's like to be a doctor in the heroin capitol of the U.S. 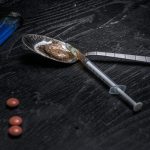 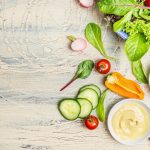 A physician’s journey about the complexities of gender
16 comments