As of July 1, pharmacies in Maine cannot honor paper or telephone prescriptions for controlled substances, from OxyContin down to Valium, Lyrica, and Tylenol with codeine.

EPCS, or electronic prescribing of controlled substances, is a double security step in the prescription process built into EMRs, electronic medical records. It involves another password entry and the use of one-time passwords from a small number generator issued to each prescriber.

It has been said that this will prevent fraudulent prescriptions via phone or on stolen prescription pads, as well as altering of legitimate prescriptions.

But there is another reason that doesn’t get much mention:

EPCS is going to prevent doctors from prescribing controlled substances for friends and relatives outside their regular office activity.

Now and then a physician is disciplined by the Board of Licensure in Medicine for writing pain medication prescriptions for friends, sometimes even getting pills back for their own use.

Not long ago a well respected older doctor gave up his license during a board investigation of his career-long habit of prescribing a low dose tranquilizer for his wife. That was probably not an unusual thing to do for small town doctors in solo practice with no colleagues for miles around. It is not tolerated in today’s regulatory environment, where doctors are viewed as having no more integrity and judgment than anyone else.

The next step is probably what they did in Sweden many years ago: Pharmacies there were unable to submit prescription charges to the health insurer if scripts were not written on special forms, linked to each doctor’s place of employment. But in this case in tomorrow’s USA, the requirement will be electronic prescriptions linked to our EMRs.

Treating the patients we cannot reach 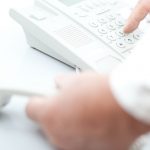 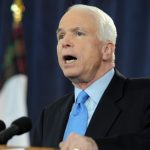 A hidden reason for electronic prescribing of controlled substances
4 comments