Much has been written in recent weeks about the failure of direct primary care giant and pioneer Qliance. Much of the conversation has examined the reasons for their closing and the negative impact it will have on the direct primary care movement. Questions have been raised about the longevity of the movement, with many exclaiming that “If they can’t sustain it, no one can.”

While I don’t pretend to know all the reasons behind their closure, nor will I try to examine those in this piece, a close examination of market history shows us that the direct primary care movement is far from dead.

The year is 1965, and you’re planning a vacation with your family. You discover an airline that promotes enjoyable flights at a low-cost price. What the airline lacks in lavish amenities — full service food offerings, first class seating, etc. — it makes up for in quick turnaround times, on time departures and arrivals and a friendly staff all at a price point within your family’s budget. Sound familiar? If this sounds like present day Southwest Airlines you’d be right, except that it isn’t. Southwest Airlines wasn’t founded until the year 1967.

Many markets today are not powered by industry pioneers, but by the Southwests of the world. In fact, in their book Will and Vision, Gerard Tellis and Peter Golder estimate that 64 percent of market pioneers fail. Of those that stay in business, only 9 percent become leaders in the market and have approximately 6 percent market share. These failures occur for reasons that stretch beyond the scope of this discussion. What is vitally important, however, is that the industries that these companies pioneered carry on despite their failure. Often, those that become leaders in the industry model much of their doings after these pioneers and learn from their mistakes as well as their triumphs. It’s ludicrous to think that the failure of one, even the market pioneer, means all others are destined for the same.

The failure of Qliance is unfortunate, and I feel for their physicians and the patients they cared for. To think that their situation, however, means certain collapse and failure of the direct primary care movement is nonsensical. Everywhere I go, I speak with medical students, residents and practicing physicians who are becoming more aware of the movement and more interested in its benefits to both doctor and patient. The Direct Primary Care Member Interest Group of the AAFP is one of its fastest growing and most active interest groups. Recently, a large group of DPC physicians gathered at the annual DPC Summit in Washington DC and met with high ranking national representatives to discuss the current health care situation and the role that DPC can and should play. Recent legislation was passed in Colorado, Arkansas and Kentucky that defines and protects direct primary care, joining these states with 17 others that have done the same. Most importantly, every single day patients discover direct primary care physicians in their area and learn about its benefits to both their health and their wallets.

Examining market history reveals that the closing of Qliance’s doors, while unfortunate, is normal and almost predictable. Pronouncing the direct primary care movement dead or doomed may just be a little premature. 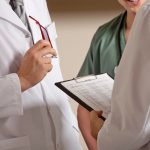 Here's what it's really like when your spouse is a doctor 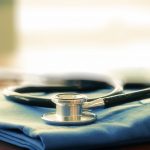