This week at each of our hospitals, a woman gave birth to a baby with a severe heart defect. Twenty years ago, these babies may not have lived. Today, after complex surgery and specialist care, each will go to school, live a normal life. The “medical miracles” that saved these infants — and that could save the child of someone you love — were perfected with support from Medicaid. New medical technologies for children with debilitating (and often rare) conditions are almost universally discovered, tested and improved at hospitals and clinics that have been largely funded over the past 50 years by the Medicaid program. Unfortunately, the Senate’s version of the American Health Care Act contains more than $800 billion in cuts to the Medicaid program over the next ten years — cuts that will likely have a negative impact on health care for all U.S. children and eliminate insurance for 15 million Medicaid recipients over the next decade.

All children — poor, rich and middle class — depend on Medicaid. In the U.S., more than 40 percent of children are insured by Medicaid, and in many states, Medicaid coverage approaches two in three children. Without Medicaid, children in your child’s school will have decreased access to life-saving vaccinations, autism screening and other preventive health care. When they get acutely ill, children who lose their Medicaid coverage will be more likely to come to school sick or will become dependent on costly and unnecessary emergency room services. This diversion from primary to emergency care not only increases costs to taxpayers and to commercial-insurance premiums, but it also diverts emergency-care resources from the children who most need it. Since Medicaid covers more than half of the costs of all child chronic-illness care, it underwrites a disproportionate share of the budgets for regional and local children’s hospitals. If your child gets injured or is too ill to be cared for by the general pediatrician, you will likely want the option of taking her to a children’s hospitals. With Medicaid funding reductions, many children’s hospitals and their subspecialty clinics will need to cut staff, which impacts all patients, regardless of insurance coverage. Medicaid funds also help support community-based mental health services and nurses in many public schools.

As pediatricians, we are particularly concerned about the impact of Medicaid cuts on children with serious health care needs. Medicaid provides more than 50 percent of the funding for premature children and those with birth defects and children with chronic illness or special health care needs. Because it’s the primary source of payment for these services, Medicaid helps advance the quality of care for children with chronic conditions, including cancer, sickle-cell disease and cystic fibrosis. In addition, the proposed shift to Medicaid block grants or per-capita caps will place the sickest children at greatest risk. Just as no new parent can anticipate the birth of a child with serious health needs, no state government can predict in what year the burden of this care will increase. Since 10 percent of children are responsible for more than 50 percent of Medicaid expenditures, some of these children (such as those with muscular dystrophy and cystic fibrosis) will benefit from new curative but costly therapies. The proposed Medicaid block grants, however, may hamstring a state’s ability to provide needed, and in some cases life saving, care.

The proposed Medicaid reductions also ignore the long-term social impact. Healthy children become productive citizens. Children who receive Medicaid, compared with those who were uninsured, are more likely to be healthy, perform better in school, finish high school, attend college and pay taxes. Despite representing more than 40 percent of Medicaid enrollees, children consume less than 20 percent of Medicaid spending. In fact, Medicaid may be cost savings: Through its preventive services, Medicaid is estimated to saves the U.S. health care system annually more than $2,000 per child. The proposed cuts in Medicaid, however, will fall on all children, with gravest consequences for the poorest and the sickest. Protecting Medicaid is essential for all children. Let’s not throw out these babies with legislative bath water. 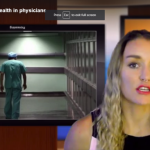 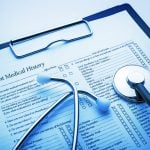