A few thousand years ago, a talking snake convinced a child to pick a piece of fruit, squeeze it really hard, and drink whatever came out. The kid liked it, obviously, because what’s not to like about juice? So the next day at preschool, he told all his friends to ask their parents for juice, too. Some of them said the magic word; others just whined until their parents gave in. And we all know what happened from there.

Maybe that’s not really how it went down, but lots of parents give their kids juice. But here’s the thing: nobody needs juice.

Why not? Because it’s sugar water. The fact that the sugar came from an apple/orange/pear/whatever doesn’t make it healthier. Sugar cubes and high fructose corn syrup come from plants, too, and nobody argues that those are good for kids.

If you look at the nutrition facts for juice, you’ll find that an 8 oz serving contains about 120 calories. That’s 20 percent more than the same volume of Dr. Pepper, and roughly 10 percent of the daily calories a 3 year old needs, with essentially no nutritional value. But for some reason, it’s become a staple of the American child’s diet.

That needs to stop.

There are a few other details, and you can read the recommendations for yourself, but my recommendation is simpler: don’t buy juice. Just don’t buy it. Don’t buy the organic kind, the unfiltered kind, or the watered-down kind.

Juice significantly increases the risk of tooth decay. Too much juice can result in diarrhea. It can cause unhealthy weight gain and obesity (which leads to type 2 diabetes, heart disease, and a lot of other bad stuff).

And it has very little nutritional value. Some juices contain vitamins A or C, and sometimes added vitamin D and calcium. But if you feed your children a reasonably balanced diet, they should get plenty of these nutrients just by eating food. Honestly, it would be better for them to eat 4 ounces of ice cream and a Flintstone vitamin than to drink 4 ounces of juice.

If you want fruit, eat it. Juice is for baby apple trees. 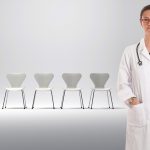