High-stakes standardized testing is an enduring facet of medical education, and the standardized test that is on every medical student’s mind is the USMLE Step 1. The paramount importance of this test for getting into residency creates a demand for high-quality test preparation materials. Established test prep names like Pathoma, Sketchy Medical, First Aid and UWorld fill that demand in a market consisting of more than 40,000 test takers worldwide each year. The ubiquity of these products among medical students is an indication of their utility in preparing for Step 1. The early adopters of new test prep resources can pull away from the pack in test performance. Subsequent years, however, lead to an ever-increasing saturation of these products among the general medical school population as word of their effectiveness spreads. Over the course of a few years, a “high-yield” resource can change from something that gives a few students an edge to a resource that is essentially required reading for students looking to keep up.

This test prep arms race is one possible factor in the rising national average test scores each year. The average test score for the first time U.S. and Canadian test takers increased from 221 in 2009 to 228 in 2015. The average Step 1 score of those who matched into plastic surgery, one of the most competitive specialties, reached 250 in 2016. The proliferation of high-quality preparation materials fuels the increases in step scores as students compete for desired specialties and residency positions. It is hard to blame students for looking for any way to gain an edge on the competition: failure to match into a chosen field has career-changing and life-altering consequences.

Increasing Step 1 scores are only one potential side effect of the test prep arms race. The high-yield nature of test prep resources, combined with the outsized importance of the Step 1 exam, lead some students to rely largely or solely on these resources at the expense of their medical school’s curriculum in an attempt to perform better on Step 1. Reasoning that the main purpose of the pre-clinical years of medical school is to prepare for Step 1, these students forego the lectures and material they pay tens of thousands of dollars in tuition for and instead rely on self-study through the medical curriculum found in Step 1 test preparation materials. The transition to Pass/Fail grading and optional lecture attendance at some medical schools further facilitates this movement away from traditional medical school learning to the new-age method of reliance on outside resources.

Does it matter that these students are being educated, not by a nationally accredited medical school, but instead by unaccredited, for-profit test prep companies? The point that everything in medicine begins to matter is the point at which patient care is affected. Is there a significant difference in the clinical acumen of traditionally educated students and those who have adopted this new-age form of medical education? This is a difficult question to answer, mostly because a good way to test for clinical ability remains to be found. On its face, however, it seems like the answer should be that it does matter who is educating medical students, or else why would anyone bother accrediting medical schools in the first place?

Christopher Warne is a medical student. 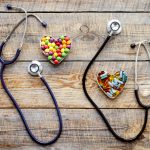 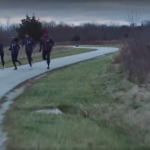