California’s state senate’s unipartisan passing of a sweeping single-payer health care bill, the Healthy California Act, has drawn attention to single payer as a solution to the decaying Affordable Care Act. The ACA decreased competition and plan availability in health insurance and leaves patients holding the bag of unaffordable premiums, deductibles, and copays. It’s no surprise that a majority of state residents polled were in favor of universal, government-run health care — as long as it doesn’t raise their taxes.

But as the fanfare died down, pragmatists in the state assembly put the bill on hold as “woefully incomplete.”

The unrealistic bill provides that every California resident, regardless of age, employment, or immigration status, would be eligible for coverage with no premiums, copayments, or deductibles. Additionally, patients could see any “willing” provider without a referral and receive any service deemed medically appropriate, including chiropractic, vision, dental, ancillary health or social services, and National Institutes of Health-approved alternative therapies. Insurers are only allowed to offer coverage for services that are not offered by the state.

“Providers” would be paid on a fee-for-service basis unless and until the Healthy California board establishes another payment methodology. The government thus has the unilateral ability to fix prices and payment methods — including State IOUs.

According to the California senate’s own study, the estimated cost of the single-payer program is $400 billion, while California’s total budget for 2018 is $179.5 billion. The bill naively or slyly makes no mention of funding. The top contenders are (of course) a 15 percent employer tax, a 2.3 percent sales tax increase, a 2.3 percent gross receipts tax, and existing healthcare-directed federal, state, and local funds.

California’s default funding method is fleecing the taxpayers and then redirecting targeted tax revenues. Recently, voters approved California’s 2016 Healthcare, Research and Prevention Tobacco Tax Act, which added a $2 per pack tax because the funds would go to physician training, disease prevention, medical research, Medi-Cal, and tobacco-use prevention and reduction. Gov. Brown now plans to shift some of the revenue to the general fund.

And then there’s the lure of the Golden Bear. The Supreme Court ruled in Memorial Hospital v. Maricopa County [Arizona] that the one-year residence requirement to receive free non-emergency medical services from the county violated the Equal Protection Clause by creating an “invidious classification” that impinges on the right of interstate travel by denying newcomers “basic necessities of life.” California has three border states and a large border country. If the Supreme Court has their say, the law could cover every soul who has a foot on California’s golden soil. Who will pay for the free-riders after the middle class has been taxed out of the state?

It is no wonder the assembly wants the Senate to provide a “workable legislation that addresses financing, delivery of care, and cost control.”

Let’s face it. Why would we trust the government to manage our medical care? The obvious example is the Veterans Health Administration. Congress has introduced a staggering 1,440 bills relating to veterans’ health since January 1, 2017. Several of these bills are directed toward the ability to fire demonstrably incompetent or rule-breaking employees who have remained on the job for years and receive pensions and bonuses.

The real tragedy is that the call for single payer ignores what patients really want. Deloitte’s 2016 Consumer Priorities in Health Care Survey found that patients overwhelmingly wanted “personalized provider interactions”. Of course, with a universal, government-run system comes universal privacy eradication and intrusion into our medical records. Secondly, people wanted “economically rational coverage.” They did not say free; they just want value for their dollar. They want convenient access. None of these things will be found in a government-run health care factory staffed by “willing” providers.

In truth, single payer is not a cure for a broken system, but another manifestation of the attempt to depersonalize patients and doctors and convert them to obedient participants trapped in a system with no exit. They will have no choice but to ignore the reality that when the government runs out of money and the taxpayers are drained dry, payments and services will be reduced.

We must think local. Tap into physicians love and joy in delivering charity care, and use insurance for its intended purpose: major unexpected expenses. Most importantly, ensure that patients and physicians can always deal directly with one another in an atmosphere of a trusting personal relationship.

With time to reflect, let’s hope our legislators realize that losing the hallmarks of good medicine is not worth of cost of free single payer.

Marilyn M. Singleton is an anesthesiologist, and board member, Association of American Physicians and Surgeons. 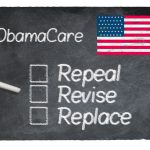 How to prepare your baby for the perfect poo 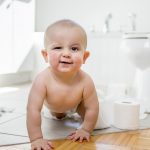